Arrival of the York University Intern and Egyptian Art 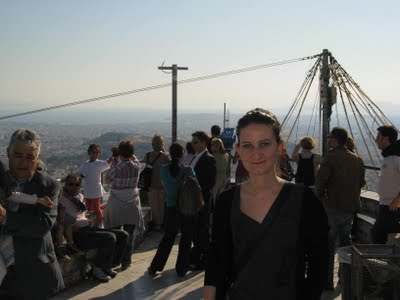 Every year in May the Institute welcomes an undergraduate intern from York University for a three month educational experience. Our latest intern is Miglena Todorova, who hails originally from Sofia, Bulgaria. She is currently a third year undergraduate student in the Bachelor of Administrative Studies programme (Honours Marketing) at York. For the past two years she has also been working as a Page in Toronto Public Library, so accessioning and cataloguing new acquisitions at the Institute will hold few surprises for her! Miglena joined in immediately to help with the preparations for our annual Open Meeting last night.

Professor Weir’s entertaining and informative lecture introduced the large audience to the use of astrology to further the political ambitions and career of some rulers in the late Hellenistic period. You can see images from the successful evening on our facebook page. 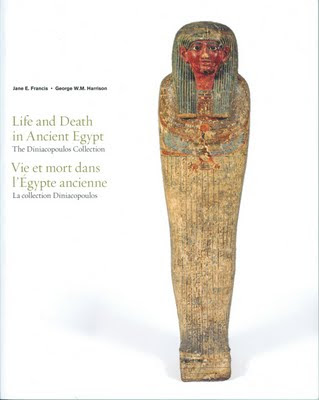 Book of the Blog
Two of our members from Concordia University in Montreal, Jane E. Francis and George W. M. Harrison have donated to the Institute’s Library a small bilingual volume that they have edited. It is entitled, Life and Death in Ancient Egypt. The Diniacopoulos Collection (Concordia University, Montreal, 2011). The volume presents some examples of the works of art that were once part of the Vincent and Olga Diniacopoulos Collection in Montreal. This large collection of Egyptian, Near Eastern, Cypriote, Greek and Roman art and artifacts was amassed in the latter 19th and earlier 20th centuries. The collectors appeared to have favored small-scale works of art in a variety of materials.

Ten of the twelve contributions focus on a range of art and objects, from Egyptian small-scale stone sculptures, a relief, a stele, stone bowls and an offering table to a mummy coffin and a terracotta lamp. These items range in date from the Old Kingdom to the Greco-Roman period. Besides providing basic information concerning the object in question, each essay contextualizes it in cultural terms as well as in terms of the relevant scholarly discussions. After an informative Prologue by the Editors, the volume begins with two essays, one on the urge to collect by Greeks and the other on how the Diniacopoulos Collection was formed and why. There are many valuable observations and thoughtful insights in each contribution.