CIG at AIA and the Peloponnesos in the Ottoman Period


First, a hardy Xronia Polla and a Kali Xronia to all of the readers of the Institute’s blog!!! The Institute is open and Jonathan and I will reveal to you our winter/spring lecture and Association of Friends programs very shortly.

I spent four interesting days in Philadelphia last week attending the annual meeting of the Archaeological Institute of America. Besides giving a paper on an aspect of the floor mosaics of the Early Byzantine Eustolios Complex at ancient Kourion in southern Cyprus I listened to many papers, attended some meetings, perused the book exhibition for purchases for our Library and saw many members as well as former interns and fellows of CIG. Many of these papers related to fieldwork conducted under the aegis of the Institute. Brenden Burke (University of Victoria) was a co-author of two papers; one on their results of the first season at ancient Eleon in eastern Boiotia and the other on the political geography of LH eastern Boiotia. Margriet Haagsma (University of Alberta) discussed New Halos in Thessaly. The urbanization of Kastro Kallithea in Thessaly was analyzed by Laura Surtees (Bryn Mawr College). Angus Smith (Brock University) was a co-author of a paper on burial practices at Agia Sotira. Matt Buell (SUNY Buffalo) presented new information on LM IB Gournia. Rod Fitzsimons (Trent University) co-authored a paper on aspects of the North Bastion at Ayia Irini on Kea. Matt Maher (University of British Columbia) discussed the dating of the fortification walls at ancient Alea in Arcadia. Minoan-Egyptian relations were assessed by Tristan Carter (McMaster University). In the Poster Session CIG had two representatives. Laura Gagne (University of Toronto) speculated on “student potters” in Middle Bronze Age Cyprus. The origin of the name of the Cistercian Abbey at Zaraka at Stymphalos was examined by Robert Stark (McMaster University). A frequent visitor to the Institute, Ally Glazebrook (Brock University) was spotted too.

The number of individuals present and the diversity of the papers and posters presented brought great pride to me! Bravo sas paidia!!!

A Lecture on the Peloponnesos in the Ottoman period
The Association of the Friends of the Historical Archive of the Hellenic Archaeological Service (of which I am the President of the Board of Directors) is holding its first lecture of 2012 on Monday evening January 16th. The speaker will be Prof. Jack L. Davis, the Director of the American School of Classical Studies at Athens. The title of his illustrated lecture is, “Restoring History to a Dark Age of Greece: The Peloponnesos Under the Turks, 1500-1828”. The lecture will be in English. 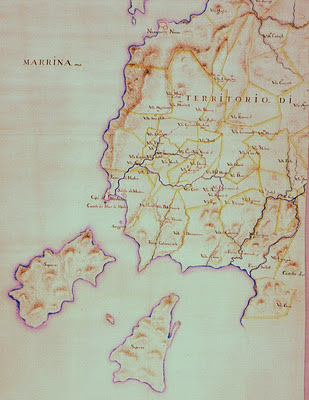 Until very recently, there were few contemporary primary sources for life in Greece during the Ottoman occupation besides the limited accounts of a few European travelers. In the past two decades, however, this bleak situation has begun to change with the opening to researchers of the Ottoman archives in Istanbul. These archives provide very detailed and spatially continuous information about the nature of life of Greeks and others living under the Ottoman yoke between 1500 and 1828.

Professor Davis’ own investigations, which provide one example of what is possible, have succeeded in restoring a social as well as an economic history of the area of Pylos in the 17th and 18th centuries. Further, it also defines more general political trends in Laconia and Messenia that presage the Greek Revolution.

The lecture will be held at 7:00 pm at the Historical Archive of the Hellenic Archaeological Servce on Psaromylingou 22 on the border of Theseio and Pysrri, near Peireos Street. The Association will cut its 2012 pita as well that evening! Maybe you’ll find the flouri in your piece?

Here’s an excellent opportunity to learn of the many treasures that each archive has for investigating the past. Everyone is welcome!

Cordially,
David Rupp
Director
Posted by CIG-ICG at 11:21 AM