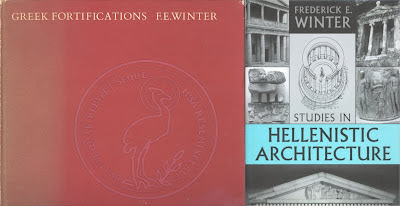 In late September, 2011 Professor Emeritus Frederick E. Winter (Department of Art, University of Toronto) died unexpectedly in his ninetieth year. Professor Winter was a noted authority on Greek fortifications and Hellenistic architecture. His long teaching and research career influenced a generation of students and colleagues. To honor his many contributions to the study of Greek architecture, to showcase the architectural discoveries made by Canadian excavation projects and to illustrate the work of his students the Institute is organizing a Colloquium in his memory on June 22nd and 23rd at the Italian School of Archaeology in the Makriyianni District. The event is entitled, “Meditations on the Diversity of the Built Environment in the Aegean Basin: A Colloquium in Memory of Frederick E. Winter.” 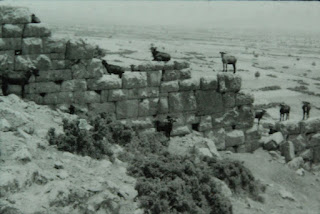 Nineteen papers will be given at the Colloquium organized into four sessions. The Bronze Age Aegean session on Friday afternoon, June 22nd has five papers dealing with palatial and post-palatial Crete and Late Helladic tomb architecture. On Saturday morning, the 23rd, the Fortifications session has eight papers dealing with the defensive walls and the towers from Canadian projects at Argilos, Kastro Kallithea, Mytilene, and southern Euboea, Akadian Gortys and 4th century BC Sicily. The Institute’s Frederick E. Winter B/W Negative Archive on Greek Fortifications will be assessed as well. In the afternoon, four papers will discuss aspects of domestic architecture, household organization and house type evolution in the Domestic Architecture in Context session. The final session will focus on temple architecture.

The noted scholar of Greek fortifications, Dr. Rune Frederiksen (Director, Danish Institute in Athens) will give the Keynote Address on Friday evening at 7:30 pm. It is entitled, “Greek Fortifications: Before and With Winter”. Afterwards, there will be a reception at the nearby Swedish Institute at Athens.

The Colloquium is open to the public and we look forward to you joining us to celebrate the long, productive and influential career of Professor Winter and to learn how he has influenced the path of Greek architectural studies from the Bronze Age through the Roman period in the Aegean basin and beyond.