International Educational Opportunities and Visitors to CIG from York University 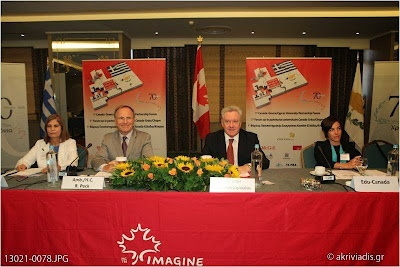 Ambassador Peck and the Canadian Embassy have been celebrating for the past year the 70th anniversary of the establishment in 1942 of formal diplomatic relations between Canada and Greece. The lecture tour that I am now doing in Ontario and Quebec is a part of these events. On Monday, September 16, the Embassy organized at the Divani Caravel Hotel the Canada-Greece/Cyprus University Partnership Forum. This all-day event was designed to bring together representatives from Canadian universities and their counterparts from Greece and Cyprus so that they could develop contacts and partnerships to benefit their students’ educational aspirations and their faculties’ research interests. I was present as a “Special Observer”. This well-attended program provided me with insights into the possibilities for such linkages and to meet individuals who might be interested in the mission and activities of the Institute. 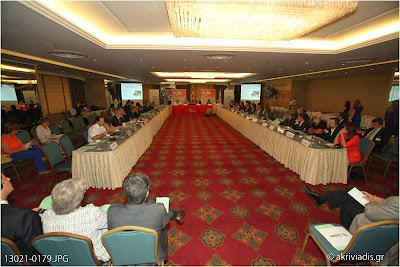 Visitors from York University
One of the individuals whom I met in person at the Forum and with whom I had been in contact with previously was Mr. Wade Hall, the Assistant Vice-President, Development of the York University Foundation. He in turn introduced me to Dr. Martin Singer, Dean of the Faculty of Liberal Arts & Professional Studies at York University and to Dr. Marilyn Lambert-Drache, Associate Vice-President International also at York. Dr. Lambert-Drache’s office administers the undergraduate internship program that sends a student to CIG each spring/summer to serve as an intern. The next day we had breakfast together to discuss how York and the Institute could work more closely together to support the goals of each institution. We were joined by Mr. Steve Mirkopoulos from Toronto who is a member of the Board of Directors of the Hellenic Heritage Foundation in Canada. 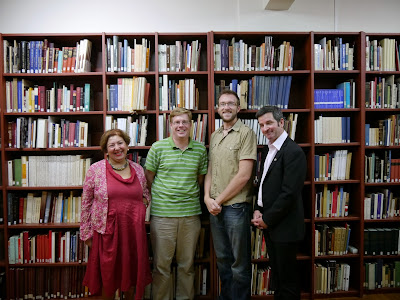 The discussions were wide ranging and highlighted the possibilities for synergies between CIG’s work and York’s educational programs. On Friday Dr. Lambert-Drache and Mr. Hall visited the Institute, met Jonathan, Myles and Sophie, and were shown our facilities. 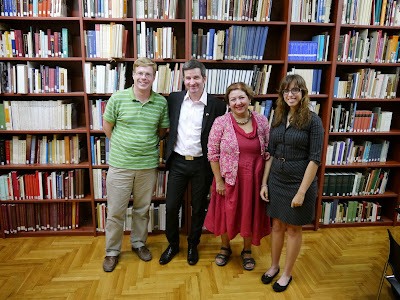 We are optimistic that York will soon re-join CIG as a Category A Institutional Member and that York will send us an additional undergraduate intern during the academic year. As York faculty members from time to time run educational programs in Greece we look forward to assisting them in these endeavors.

Next week I will write about the lecture tour in Ontario and Quebec that I am presently doing. If it is Friday, it is Montreal!

Cordially,
David Rupp
Director
Posted by CIG-ICG at 11:30 AM