The Institute is Back! And Welcome to Our New Fellow 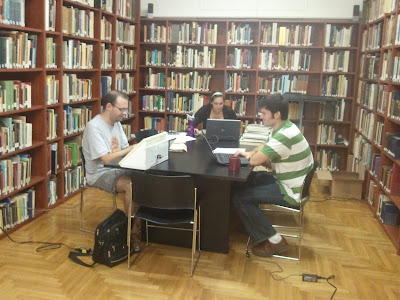 As of Tuesday, September 3rd the Institute has been operating at full tilt for the past two weeks after an interesting and restful recess for all involved. I would like to inform you that the Library will resume its extended hours beginning the week of September 23rd. That is, one can use the resources of our Library from 09:00 to 13:00 on Mondays, Wednesdays and Fridays. On Tuesdays and Thursdays it will be open until 18:00. We have new books and monographs in our areas of specialization that will start to be shelved shortly. We look forward to assisting you in your research! 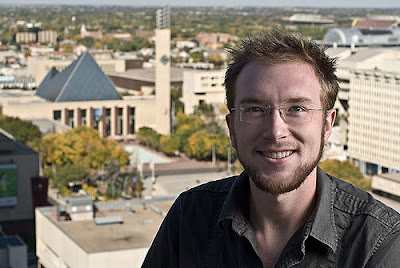 The New Neda and Franz Leipen Fellow
Even before the doors of the Institute reopened for the 2013/14 academic year our new Neda and Franz Leipen Fellow, Myles Chykerda, was waiting, eager to start the year. Myles is not an unknown quantity to the CIG environment. Besides digging for many years at Kastro Kallithea in Thessaly he also gave an excellent paper at last year’s Colloquium in the memory of Prof. Frederick E. Winter.

Myles joins the CIG team fresh from two years of residency as a Ph.D. student at UCLA, where he studies under the supervision of John K. Papadopoulos and Sarah P. Morris at the Cotsen Institute of Archaeology. A born and raised Albertan, he completed both a BA in Anthropology and Classics (2004) and MA in Humanities Computing and Classical Archaeology (2010) at the University of Alberta under the supervision of Prof. Margriet Haagsma. His field experience includes a summer working on a bison procurement site in Alberta, two seasons working on a Roman villa at Cortona in southern Italy, and eight years on the Greek-Canadian synergasia project at Kastro Kallithea where he has led survey teams, supervised trenches, and managed Total Station/GIS procedures and data collection. 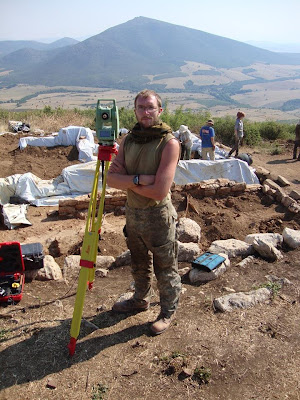 Last year he completed all his required course work at Los Angeles. He will use his time in Greece this year in part to prepare for his upcoming qualifying exams and dissertation prospectus. Myles will assist me and Jonathan in preparing the CIG Portal to the Past for its public launch on October 30th.

While his MA work concerned Hellenistic defenses and the built environment of Achaia Phthiotis (Thessaly), for his PhD he plans to turn to broader questions about the organization and development of Thessalian political structure from the Archaic to the Hellenistic periods. A particular question is whether the relative importance of polis vs. league in Thessaly can be seen through an examination of the archaeological record at a landscape level. Myles anticipates spending quite a bit of time buried in the vaults and archives not only here in Athens but in the museums at Volos and Almyros gathering data. He also writes effectively as you will see in his guest blogs and in the lecture that he will give in the winter.

Cordially,
David Rupp
Director
Posted by CIG-ICG at 10:14 AM