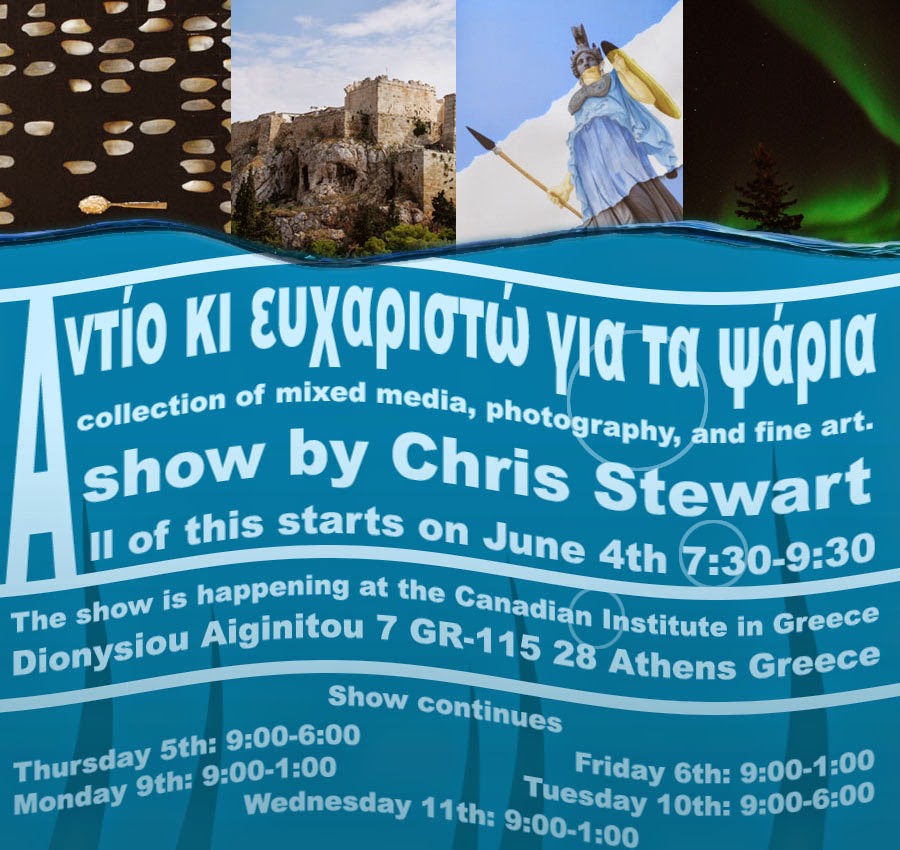 Chris Stewart, our multitalented ICT volunteer, photographer and artist, among many other roles, is presenting his second and final (for the immediate future, that is) art exhibition at an opening on Wednesday evening June 4th at 7:30 pm in the Library of the Institute. He and his wife Allison will leave Athens for her new posting starting at the end of the summer.

This exhibit of mixed media, photography and fine art “in collision” has the provocative title “Αντίο κι ευχαριστώ για τα ψάρια”. This is a look back at how Greece has influenced Chris’ art. The show is a tribute to this country where he has lived, and where he has fed off of the inspiration that is found everywhere. Greece is a country that has inspired him, both directly and indirectly, to create art of which he is very proud. This collection examines living all of the seasons in Athens, learning from the people and the environment, and simply being in Greece. The media used bump up against each other in a way that he believes is the very attitude one can find in Greece: the old, new, and even the future coming together. To the people of Greece Chris can only say “Ευχαριστώ!”. Here’s an opportunity to contemplate Chris’ take on Greece and to wish him and Allison a fond farewell. We look forward to seeing you! 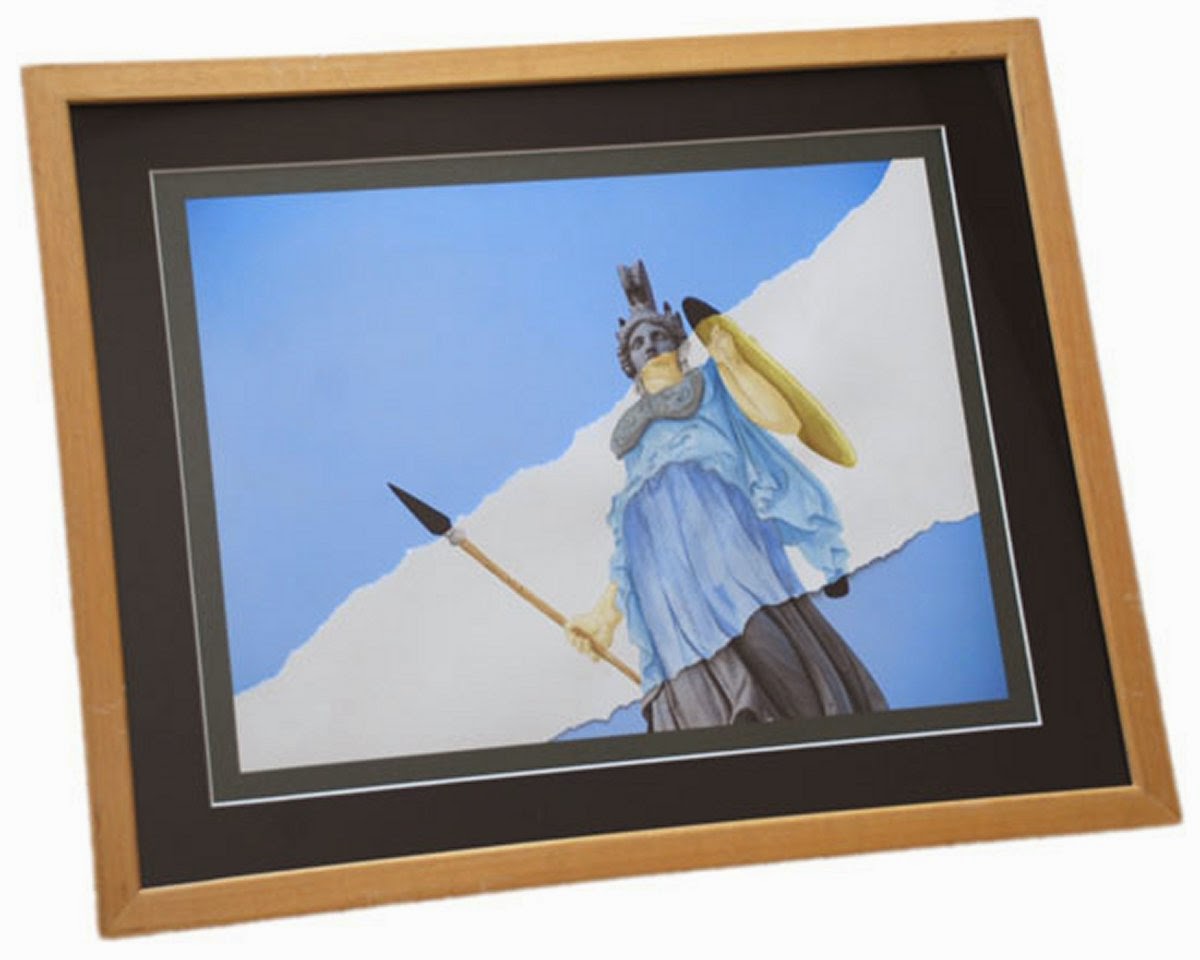 The exhibition will continue during CIG Library hours until Wednesday, June 11th.

With this exhibition the activities of the Institute will stop until the Fall. The Office and Library will remain open through July 31st. More about that later, as the summer has yet to begin!