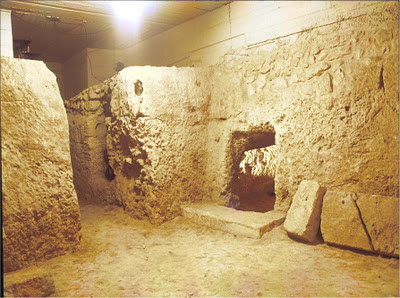 The second lecture in the Institute’s Fall 2011 Lecture Program is on Wednesday, November 16th at 7:30 pm. The talk, by Dr. Sherry C. Fox (Director, The Wiener Laboratory, American School of Classical Studies at Athens), is entitled “The Surgeon’s Tomb from Paphos and Evidence for Health in Roman Cyprus”.

During the extensive development of touristic facilities from the 1970s to the 1990s in the area outside the city walls of ancient Nea Paphos (modern Kato Paphos) in southwestern Cyprus numerous tombs were encountered and excavated by archaeologists from the Department of Antiquities of the Republic of Cyprus. There were many Roman Imperial period tombs with well-preserved human skeletal remains in the large cemetery immediately to the east of the city. One of them, the so-called “Surgeon’s Tomb”, presents an excellent opportunity to discuss the health status of the Roman population of Cyprus from the paleopathological study of the skeletal remains. Additionally, medical practice can be discerned through the deceased doctor’s medicaments and instrumentarium recovered from within the “Surgeon’s Tomb”, along with its proximity to an Asklepieion, one of the main healing centers of the period. To contextualize these remains, comparisons of health status will be made between populations from Roman Corinth and from Late Roman Cyprus. While a little late for Halloween, the lecture certainly will demonstrate the possibilities and the challenges of reconstructing health status for ancient populations from their skeletal remains. 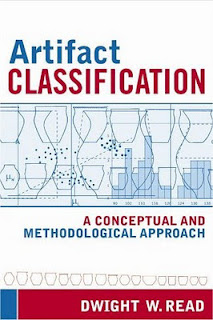 Book of the Blog
The material culture remains found in the archaeological record are the primary means to for an archaeologist to date a recovery context and to infer the human behaviors that created the artifacts and the context. To do this artifact specialists, in particular those responsible for the ceramic and for the lithic remains, classify the artifacts as to material, form, dimensions, color and other attributes in order to delineate types believed to have chronological and interpretive value. The majority of such studies are intuitive, following long-established patterns of inquiry. The increasing use of basic descriptive statistics to determine the center and the spread of a sample permits the researcher to draw various inferences from the assemblage.

With the flourit of the “New Archaeology” in the 1960s through 1980s many archaeologists in North America and France attempted to put classification, types and typologies and the analysis of the spatial and temporal distribution of artifact types into a more comprehensive conceptual framework using both robust statistical analyses and mathematical modeling. The concurrent development of desktop computing and statistical software packages certainly facilitated this trend. Underlying these efforts are two ideas explicitly articulated by Robert Dunnell in Systematics in Prehistory (1971). They are, that “…artifacts are a manifestation of the ideational domain of shared concepts and the archaeologist’s access to that domain is through classification of artifact materials” (Read 2007, p. 23).

A certain component of this way of looking at artifacts and their analysis was adopted by a number of artifact researchers working in Greece and the eastern Mediterranean. The detailed excavation data that are required, the large number of qualitative and quantitative measurements needed, the sophisticated statistical analyses used and the anthropological orientation of this approach dissuaded, however, many from pursuing this avenue of investigation.

For those researchers who are seeking to go beyond intuition in order to make their “…typologies as a basis for making evident the dimensions that were relevant to the makers and users of the objects we recover and refer to as artifacts…” (p. 23) Dwight W. Read has written a book to address this interest.

In Artifact Classification. A Conceptual and Methodological Approach (Walnut Creek, CA: Left Coast Press, 2007) Read follows Dunnell and Irving Rouse when he asserts “…what we call a “type” must be based on properties and distinctions that the makers and users shared collectively as part of their cultural milieu-that is, on what [Rouse] called modes as opposed to attributes” (pp. 14-5). After setting the stage by discussing various underlying concepts and defining crucial terminology he provides a fascinating historical overview of recent approaches to classification and typologies.

A series of meaty, extensively-footnoted and well-illustrated chapters follow. They address: “Pottery Typologies”, “From Intuitive to Objective Classifications”, “Objective Classification: Goals and Problems”, “Artifact Measurement”, “Production and Categorization Sequences”, “Quantitative Classification: Methodology”, “Patterning Based on Type Frequency Counts”, and “Style, Function, Neutral Traits, Evolution, and Classification”. The references cited are copious covering all aspects of this intellectual endeavor. It is worthy of noting that from “our circle of friends” only A.J. Ammerman and I. Hodder are represented there.

In the concluding chapter Read takes one beyond practical typologies through raw material and intentionality in the discussion of types to types of patterning and type definitions. The goal is the discovery of culture types, that is, distinguishable groups of artifacts that have cultural salience, not simply an empirical relationship. Read maintains that “types are real when they are formed in accordance with the patterning found by methods sensitive to the processes that are responsible for the structure we discern in the data we bring forward for study” (p. 304).

If you are interested in polishing your classification game or, even more so, in kicking it up to a much higher plane, then you should read at least Chapters 1, 2 and 11 of this dense book. There are other books and monographs as well in our Library on similar topics awaiting your perusal.

Cordially,
David Rupp
Director
Posted by CIG-ICG at 11:12 AM