On Sunday evening a week ago and into the early hours of the next morning there was an orgy of wanton destruction of many historic buildings in the center of Athens. Supposedly this was one of the negative reactions to the passing in Parliament of the so-called Second Memorandum with its asphyxiating cuts to the government as well as to wages, benefits and pensions in the public and private sectors. Under this convenient cover, the “known unknown” professional anarchistic hoodies, thrill-seeking youth, arsonists, regular criminals and opportunistic illegal economic migrants set off a path of unbelievable destruction from Monastiraki Square, up Athinas Street, down Stadiou Street, including Korais Street, to Academias Street. While the Police and the Riot Squad were guarding the Parliament and Syntagma Square the rest of the center was essentially devoid of a police presence. The arsonists and looters attacked the firemen attempting to reach the 47 major fires and seized their trucks in a number of cases. As the police spokesmen said, they were well-organized!

The aim appeared to be to cause as much damage and destruction as possible. Nine later 19th- and earlier 20th-century listed national heritage monuments were among the 110 buildings torched with molotovs. These had survived earthquakes, the German occupation, the subsequent Civil War and the demolition undertaken from the 1960s to the 1980s of old buildings to make way for modern office buildings. What an ignominious final blow to these jewels of the urbanscape of the “Historic Center” as it is called. Besides the buildings themselves, cinemas, shops, banks and a Starbucks were gutted. Given the grim economic situation here and the dismal prospects for the future how many of these will reopen and re-employee their staffs? The Minister of Culture and Tourism has promised funds to assist in the reconstruction.

As an avid chronicler of the archaeological sites, monuments, museums, significant buildings and historical places of Athens I felt as I watched the live coverage of the burning structures and the smoking ruins the next day that these wounds to the urban fabric were to my soul as well. Callous, disrespect of the past is an affront to a society and its sense of identity. For Greece to survive the present situation and to return to sustainable growth, Greek society must believe that it is empowered to do so and be proud of its long, rich and varied cultural heritage. When you next visit Athens I am sure you’ll be shocked and saddened by what you see. 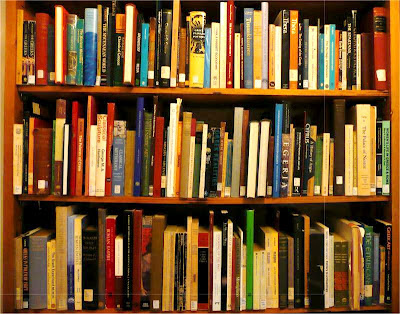 Our Second Book Sale Is On!!!
The generosity of the supporters of the Library has expanded the collections significantly. At the same it has provided us with duplicates and triplicates and even quadruplicates, in some cases. To free up shelve space temporarily, we have just launched our Second Book Sale. The excel file with all of the titles is available from our website. As you will see there are some real treasures here! The e-auction bidding system is simple. You send in your bids (in 5 Euro increments, for each book separately) for the books that you are hoping to buy to: books@cig-icg.gr. If someone else has offered more Jonathan will inform you as to what is the current bid. It should be noted that some of the books have reserved minimum prices. The sale will close on Saturday, March 31st. The highest bidder will have to pick up the books from the Institute, after paying, of course! The proceeds from the Sale will go into our Library Book Purchase Fund for new acquisitions in our areas of specialization.