A Photographic Exhibition Featuring Greek Antiquities and the Guest Bloggers are coming! 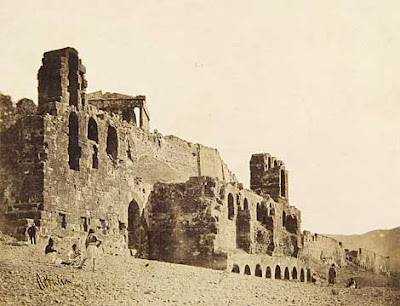 If, by chance, you are looking for something to do related to antiquities on a hot Sunday in Athens this summer that does not involve (at least temporarily) walking in the sun you can visit a current special exhibition (until August 21st) at the Benaki Museum (Vas. Sofias Ave. and Koumbari Str.). The exhibition, “James Robertson: Photographs of Graecian Antiquities (1853-1854)” consists of 38 images of the extant ruins taken on a visit to Athens, Attica, Aigina and Corinth by this talented and peripatetic Scottish photographer (Constantinople, Crimean War, Sebastopol and Japan). He used the recently invented wet glass negative technique which required lugging around the chemicals and the equipment in order to create the image on the spot. This new technique provided excellent resolution along with a large format. He captured the state of these monuments in the mid 19th century immediately after the first interventions to clear them from the later encrustations and before archaeological work and restoration efforts produced the monuments we know today. Robertson made an effort to people his photographs with contemporary residents in order to provide scale as well as a silent commentary on the relationship of the past to the present. All in all, the images have the static sterility of the “classical gaze” that characterized pre-modern photography.

The small, low-budget exhibition has bilingual texts and captions as well as a detailed bilingual catalogue (30 Euro). The Benaki Museum’s considered response to the current (and long-lasting) economic crisis is to no longer accept the free entrance passes issued by the Ministry of Culture and Tourism. The 5 Euro entrance fee for this special exhibition was, however, generously reduced to 3 Euro when I showed my pass. There is a rumor going around that starting in September the Ministry of Culture and Tourism will no longer honor its own free entrance passes. Users pay, eh!

If you wish to delay slightly venturing out into the hot cruel world, the Benaki’s attractive coffee shop on the spacious veranda opposite the exhibition space would provide refuge and succor. 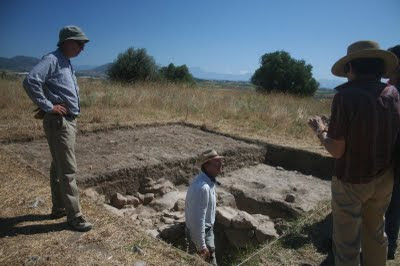 CIG Guest Bloggers
As the Institute will observe its annual summer closure for the month of August, starting this afternoon the 29th, you may be wondering what will happen in the meantime with our captivating blog. Never fear!!! Through the wonders of blog technology and the tireless efforts of our permit holders, every Friday a guest blog will be posted to showcase their fascinating research this summer. Brendan Burke (Ancient Eleon, Boeotia), Ian Begg (Leukos, Karpathos), Jacques Perreault (Argilos, Central Macedonia) and Margriet Haagsma / Laura Surtees (Kastro Kallithea, Thessaly) will each update you on what they did and what they found. So you, too, can know what they were doing this summer. In addition, this summer’s undergraduate intern from York University, Miglena Todorova, will share her impressions of her three months of work at the Institute and her explorations of Athens and Greece.

Jonathan and I are planning already for varied and stimulating fall and winter/spring programs for the Institute and for the Athens Association of Friends of CIG. We will have some surprises for our loyal supporters as well. So, see you in September…………… 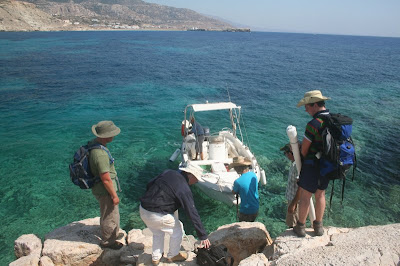 Kalo Kalokairi!
David Rupp
Director
Posted by CIG-ICG at 10:15 AM No comments:

We have just received notification from the Hellenic Ministry of Culture and Tourism that the Byzantine Museum of Chios, which has remained closed since 15 February 2011, is once again open to the public. Opening hours: Tuesday-Sunday, 08.30-15.00.
Posted by CIG-ICG at 11:10 AM No comments: 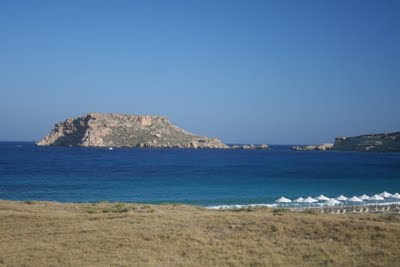 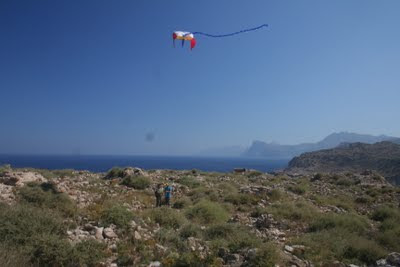 Cordially,
David Rupp
Director
Posted by CIG-ICG at 10:47 AM No comments:

A Fond Farewell to the Canadian Ambassador, Dr Renata Wielgosz

The Institute and the Canadian Embassy in Athens have forged over the years a close and effective working relationship for a wide range of matters of mutual concern, and, in particular, offering “Canadian Content” events to the Athenian cultural scene. The Embassy is also one of our Category A Institutional Members. The strength of this relationship depends to a large extent on the level of interest of the Ambassador in the Institute’s activities. For the past four years Ambassador Dr Renata Wielgosz has not only supported whole-heartedly the Institute but also participated in many of our activities and excursions, often with her husband, Ralph Lysyshyn, the former Canadian Ambassador to the Russian Federation.
Alas, all good things must come to an end. Ambassador Wielgosz’s posting to Greece and to Cyprus finishes at the end of August I must inform you. She and her husband will return to Ottawa for a new posting. The members of the Friends of CIG, Jonathan and I will most definitely miss their presence here. We wish them a bright future and many more challenges. Given how much they enjoyed the posting and Greece we are looking forward to their regular visits in the future to renew our friendships. Kalo taxidi apo mas!!!
Cordially,
David W. Rupp
Director
Posted by CIG-ICG at 11:30 AM No comments: 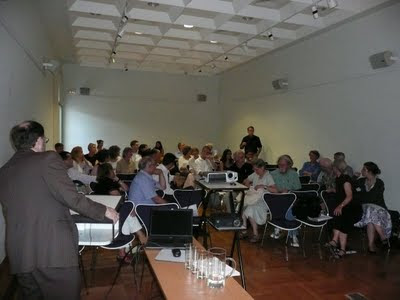 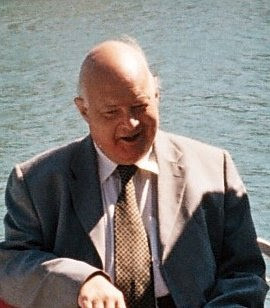 Cordially,
David Rupp
Director
Posted by CIG-ICG at 11:03 AM 1 comment: 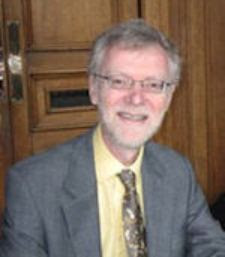 It is with great sadness that I report the recent death on June 14th of Dr Simon R. F. Price (M.A., D.Phil.; Fellow of Lady Margaret Hall, University of Oxford). He was a distinguished scholar of ancient Greek and Roman religion and a noted teacher of Ancient History and Classical Archaeology since 1981. He was one of the four principal co-researchers on the Institute’s Sphakia Survey Project. Dr Price was a co-author in many of the Project’s papers and publications. We extend the Institute’s condolences to his wife, Dr Lucia Nixon, and their children.
Posted by CIG-ICG at 7:04 PM No comments:

We have just received notification from the Hellenic Ministry of Culture and Tourism that the Archaeological Museum of Corfu, which has remained closed since 6 October 2010, is once again open to the public. Opening hours: Tuesday-Sunday, 08.30-15.00.
Posted by CIG-ICG at 11:00 AM No comments:

The Institute fields each summer a number of archaeological research projects under permit from the Ministry of Culture and Tourism. As Director I visit a number of the projects each year to see firsthand what they are doing, to meet the members of the research team and to discuss their plans for the future. These visits help me to contextualize their work and to assist them in achieving their research goals. 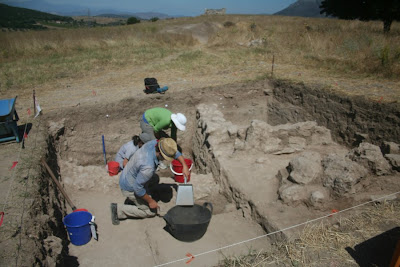 Last week Jonathan and I had the pleasure of visiting the excavation at ancient Eleon in eastern Boeotia conducted by the Eastern Boeotia Archaeological Project (EBAP). This is their first year at the site. As Brendan Burke (University of Victoria) will write his own guest blog shortly I will not go in to details of their very successful first four weeks in the field. I would like to focus, however, on our subsequent visit to the new Thebes Museum with an extensive guided tour for the EBAP crew by our Greek co-researchers Dr. Vasilios Arvantinos and Yannis Fappas of their preparations for the exhibits. The finds, old and recent, from Thebes and the surrounding areas are simply amazing for all periods. When it opens it will be a “must see” stop, especially for the Mycenaean period finds from a number of sites. 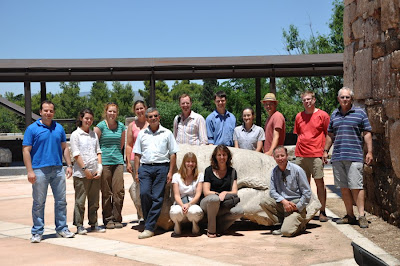 I appreciated seeing the excellent professional and personal relationships between the members of the Greek and Canadian research teams at Eleon. The future of the Institute’s long-standing interest in Boeotian studies, initiated by the research of John Fossey, looks very good indeed. The holdings of the Institute’s Library support this focus.

Cordially,
David Rupp
Director
Posted by CIG-ICG at 10:48 AM No comments: