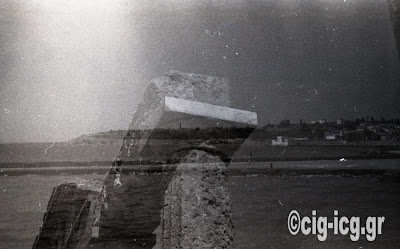 The End of the Bronze Age As They Knew It


Despite most efforts the economic situation in Greece seems to be going from bad to worse with the rest of Europe not far behind. Rampant consumerism financed by unsustainable debt is surely at the heart of the problem. Has this potent mixture ever happened before?

This coming Thursday, November 1st, Dr. Mary Dabney, will give the first lecture in the fall program of the Institute. Mary is a Research Associate in the Department of Classical and Near Eastern Archaeology and a Senior Research Associate at the American School of Classical Studies at Athens. With Prof. Angus Smith (Brock University), she was the Co-Director of the Institute’s excavation of the Ayia Sotira LH III cemetery near Nemea. The title of her lecture is, “Consumerism, Debt, and the End of the Bronze Age Civilizations in the Eastern Mediterranean.”

In her presentation she will show how the interplay of consumerism and debt contributed to the end of the Bronze Age civilizations in the Eastern Mediterranean, with a particular focus on the Mycenaeans. Her interest in this topic grows out of her study of the Late Helladic settlement of Tsoungiza in the Nemea Valley and its relationship to the nearby center at Mycenae at the end of the Bronze Age. She will put that relationship in the larger context of the Eastern Mediterranean, with a particular emphasis on economic factors. She will also provide a detailed account of the archaeological evidence, which has not yet been published, for Late Helladic IIIB2 activity in the settlement on Tsoungiza and its cemetery at Ayia Sotira as well as for early Late Helladic IIIC activity on Tsoungiza. Finally, Mary will discuss the ways in which the economic relationship between Tsoungiza and Mycenae at the end of the Bronze Age matches the contemporary relationship between the towns in the Pylos region and the Palace at Pylos that has been reconstructed on the basis of archaeological and Linear B evidence.

Does this radical change in the nature and level of sociopolitical organization at the end of the 13th century BC in the Aegean basin and beyond provide any insights into what our future may look like??? So, come on November 1st to the Institute to learn about the end of the world as they knew it and if they felt fine. 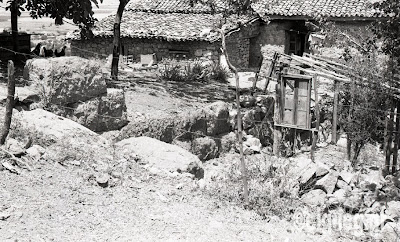 
The Institute’s long-awaited fall lecture program this year will be concentrated within the month of November. It is broad-ranging both in terms of periods and of themes. All lectures start at 7:30 PM.

On Thursday, November 1st. Dr. Mary Dabney will speak on “Consumerism, Debt, and the End of the Bronze Age Civilizations in the Eastern Mediterranean.” Dr. Dabney, a Research Associate in the Department of Classical and Near Eastern Archaeology at Bryn Mawr College and a Senior Research Associate at the American School of Classical Studies at Athens, is a new resident of our chaotic city. Her interest in this topic grows out of her study of the Late Helladic settlement of Tsoungiza in the Nemea Valley and its relationship to the nearby center at Mycenae at the end of the Bronze Age. She puts that relationship into the larger context of the Eastern Mediterranean in the 13th century BC, with a particular emphasis on economic factors.

The lecture of Professor Emeritus Hugh J. Mason (Department of Classics, University of Toronto) is on Wednesday, November 14th. His topic is, “November 8, 1912 and Other Events in the Harbours of Mytilene.” The talk will discuss the circumstances surrounding the liberation of Lesvos one hundred years ago, including the purchase of the warship "Averoff" that made possible Greek dominance of the Aegean, and the association of liberation with the Feast Day of the Archangel Michael. Famous visits to the harbours in Antiquity and a possible one at the end of WW II will also be discussed.

Finally, on Wednesday, November 28th, Dr. Julia L. Shear will give her lecture on the subject of, “An Inconvenient Past in Hellenistic Athens: The Case of Phaidros of Sphettos.” Dr. Shear is a Senior Research Associate at the American School of Classical Studies at Athens. Dr. Shear will provide a case-study of what happens when the past, and the Hellenistic Athens’ dominant narrative about that past, become inconvenient in the present when dealing with the aggressive Macedonian kings in the mid-3rd century BC. Who was Phaidros of Sphettos?

Lecture on the Foundations of Prehistoric Archaeology in Greece
The discoveries and excavations of the Heinrich Schliemann, Christos Tsountas and Arthur Evans in the late 19th and early 20th centuries were built on the foundations of earlier explorations and studies. Dr. Nektarios Karademos (Aigeus) will speak to the Association of Friends of the Historical Archive of the Hellenic Archaeological Service about the Europeans and English travelers in the 18th and earlier 19th centuries whose investigations throughout the Aegean basin enabled the later development of a true prehistoric archaeology in Greece. These include Jean-Baptiste Lechevalier, William Gell, Edward Dodwell and Karl Hoeck. The lecture in Greek, based on archival research, is entitled, «Ανασκáπτπντας το παρελθόν της αιγαιακής προïστορικής αρχαιολογíας (από την Αναγένννση μέχρι και της πρήτες αρχαιλογικές ανασκαφές στα τέλη του 19ου αιώνα)». It will be given on Monday, October 22nd at 6:30 PM at the Historical Archive on Psaromiligkou 22, Kerameikos/Pysrri.

So there are lectures for every taste on the immediate horizon! We look forward to your presence!!!


In the gardens of the Residency of the Canadian Ambassador to the Hellenic Republic in Filothei has stood since 1975 an unique example (for Greece, that is) of First Nation art. This is the Chief’s Crest Pole built in the 1960s by the internationally known artist and master carver, the hereditary Chief Tony Hunt (http://tonyhuntclothing.com) with his close relatives of the Kwakwaska’wakw ancestry. The weather of Athens over the past 35 + years has taken its toll on this cypress totem pole. At the initiative of Ambassador Robert Peck and the generous financial support of numerous donors the pole is now in a studio on the 3rd floor of the Benaki Museum at Odos Pireos 138 undergoing conservation (www.atticatotempole.blogspot.gr). The project is part of the Embassy’s celebration of 70 years of Canadian / Greek diplomatic relations.

The person undertaking the cleaning and the conservation of the pole during October at the Benaki Museum is Andrew Todd from Bowen Island, BC (www.andrewtoddconservators.com). He will speak to the Athens Association of Friends of CIG at the Institute on Wednesday evening, October 17th at 7:30 PM. Mr. Todd is a recognized expert in the conservation of totem poles. He will share with us what he is doing to the pole and the challenges he is encountering to clean and to restore it to its former glory. In the context of these comments he will contextualize the pole itself and the issues related to conserving and maintaining such a large wooden out-of-doors sculpture. In the meantime, you can watch Andrew work on the pole at the Benaki Museum from Thursday through Sunday. So, don’t miss this unusual opportunity for enlightenment!

A Major Disappointment!!!
A perfect storm of travel woes befell Krista Martynes as she attempted to come to Athens in time for her talk and recital last night at the Institute. Travelling with a large and valuable clarinet complicated her movement from southern France to Athens. We were very disappointed to have missed her appearance at the Institute! Another we time we hope. Those who came to hear Martynes did not go home, however, without their fill of “Canadian content”. They were treated to a showing of the film “Canadian Bacon” while they nibbled and drank the night away.

Cordially,
David Rupp
Director
Posted by CIG-ICG at 11:11 AM No comments: 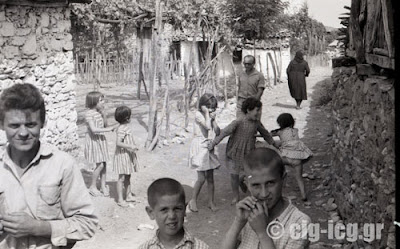 "Homolion, some of the villagers!" (Professor Fred Winter)
Posted by Chris Stewart at 12:00 PM No comments:

Let There Be Music! and a New Fellow


The fall program of our Friends Association begins this coming Thursday evening October 11th at 7:30 PM on a musical note. The well-received and multi-talented classical and contemporary clarinetist and composer Krista Martynes (www.kristamartynes.com) will be in Athens to play a number of recitals. Montreal-based, she has played at festivals and concerts throughout North America and Europe often with live electronics and multi-media. She frequently is commissioned to compose new works. The works of the Greek avant-grade composer Iannis Xenakis are part of her repertoire.

Krista will share with us her thoughts on the integration of traditional music in European and Canadian composition. To illustrate her points she will play selections from pieces by the eccentric avant-garde composer Count Giacinto Scelsi D’Ayala Valva, the non-conformist underground Russian composer Edison Denisov, the Pulitzer Prize winning American composer David Lang and the Serbian composer, now resident in Montreal, Ana Sokolovic. Come and join us as we take a walk on the wild side!

Welcome Gino Canlas!
The Institute has three nine-month fellowships for Canadian graduate students to pursue their research interests in Athens and Greece. The Neda and Franz Leipen, the Elisabeth Alföldi-Rosenbaum and the Homer and Dorothy Thompson Fellowships each are offered every three years. They are named after Canadian researchers whose many contributions to Classical Art and Archaeology and Byzantine Studies are internationally recognized.

The holder of the Alföldi-Rosenbaum Fellowship for the 2012-2013 academic year is Gino Canlas. Gino is a M.A. student in the Department of Classical, Near Eastern and Religious Studies at the University of British Columbia in Vancouver, BC. He did his undergraduate work in Classics at UBC as well. His field experiences between 2009 and this summer include working with Prof. Hector Williams (UBC) at Mytilene on Lesbos and at Kastro Kallithea in Thessaly with Prof. Margriet Haagsma (University of Alberta).

While in Athens Gino’s research will focus on the spread of the cult of the Thessalian goddess Enodia outside of Thessaly. The goddess Enodia is not one of the most well-studied deities in the ancient Greek world. She was originally known only from scant literary and epigraphic attestations and was thought to have been just a mere epithet of other Pan-Hellenic deities, such as Artemis and Hekate. One of the goals of his research is to quantify and analyse the artefacts related to the cult of Enodia outside of Thessaly to determine possible regional variations and to examine the socio-political factors that contributed to the relatively far-reaching extent of her obscure cult.

Gino will also be working with me on the creation of the digital archives of the Institute for both our archaeological fieldwork and research as well as for the operation of CIG in Greece.

Please come to our events and lectures this month to welcome him warmly to the Athenian archaeological community!

Cordially,
David Rupp
Director
Posted by CIG-ICG at 10:52 AM No comments: 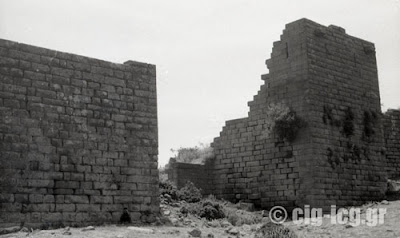