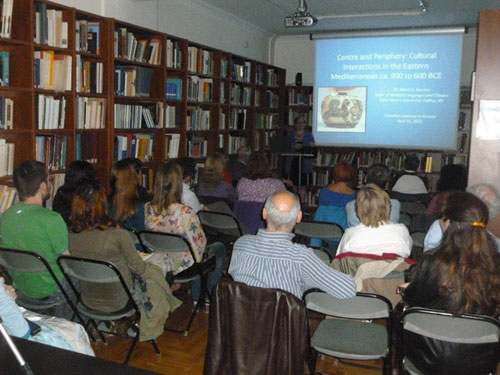 It's been a little while since I've posted a blog all about what's going on at the CIG with our social media.  Over the last year we've been busy trying to increase the ways you can partake with the CIG online.  First and foremost we've been keenly working on this blog and posting regularly to make sure you're up to date with what's going on here at the CIG.  To make sure you can keep up with the blog entries, we've set up Facebook and Twitter to send you a reminder every time we have a new post.

But there's more than just blogs for us.  We've also been working over the last few years to set up live streaming and a Youtube channel for our lectures.  Keep an eye on our schedule of events, but if you can't make it, or if you're out of town, you can watch all of our lectures on our live feed.  We've spent the last year or so trying to improve the quality of the feed, and we'll continue to work on it.  Make sure to let us know if you've watched one of our lectures, and let us know how it went.  If you happened to miss one of the lectures, some are now becoming available on Youtube.

We're still trying to improve our social media presence, and always looking for ways to serve you better online.  Most importantly we want to make sure that those that don't live in Greece have as many opportunities as possible to interact with us, and are able to participate from far away.
Posted by Chris Stewart at 12:00 PM No comments: 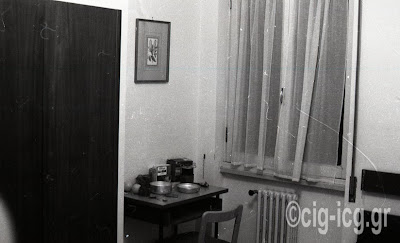 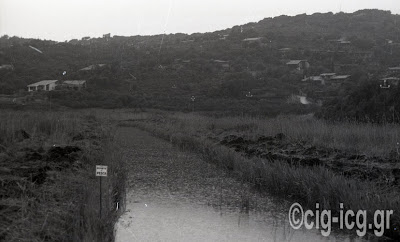 Cosa, views of the canal connecting harbour with sea. (Professor Fred Winter 1982)
Posted by Chris Stewart at 12:00 PM No comments: 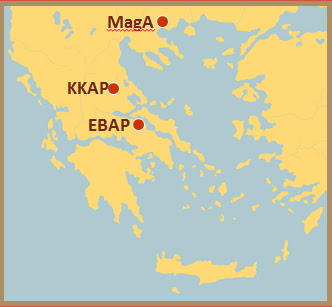 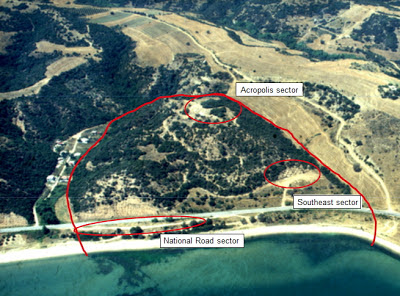 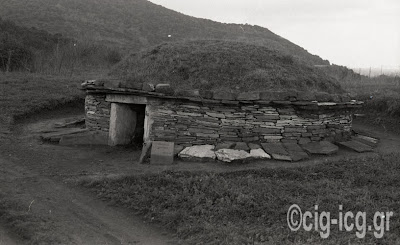 Posted by Chris Stewart at 12:00 PM No comments:


On Saturday, February 16th Brock University in St. Catharines, Ontario was the proud host of the CIG Graduate Student Conference. The grad students in our Department of Classics organized the conference, and chose the theme of Revelations and Revolutions in the ancient world. About fifty or so people ascended the escarpment to hear papers that ranged from Agamemnon to Augustus, delivered by grad students from a variety of universities in Canada and the U.S.

Rachel Dewan, a former CIG intern and Laurier student, delivered an excellent paper on ethnicity and Greek colonization at Pithekoussai; she also stood out as the only undergraduate to deliver a paper! Andrew Sparling, the grad student representative on the CIG executive committee, was there to spread the word about CIG. We also got to hear Benjamen Kelly of York University deliver the keynote address on “Punishing Revolution: Repressing Riots, Revolts, and Rebellions in the Roman World.”

Plenty of time for questions was built into the schedule, as well as coffee breaks and a lunch provided by the organizers. This gave attendees the opportunity to hobnob and make new connections, both with each other and with the speakers. Nevertheless, no doubt due to the efficiency of the organizers, the conference ended exactly on time!

Afterwards the organizers and speakers relaxed and celebrated at a local restaurant called the Cat’s Caboose. Congratulations to Brock’s MA students for a well-run conference, and to the speakers for a job well done!

R. Angus K. Smith
Brock University
Posted by CIG-ICG at 11:41 AM No comments: 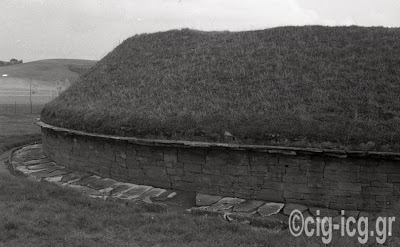 A Trip of a Lifetime


Traveling has always been a goal in my life, and traveling to Greece topped the places I wanted to see the most. When I got the opportunity to come to Greece on an internship, I was overjoyed, ecstatic, and a little scared. I had never travelled to Europe before, and never by myself. A new place, a new language, and many new experiences. However, being in Greece these past 3 months has taught me so much about Greece, life, and myself.

When I began my internship in the second week of January I started with accessioning the many newly acquired books and journals, as well as learning what an intern was expected to do, such as hostel laundry. The most important thing, as was stressed to me, was the sandwich making for CIG events - I had never boiled an egg before so when everyone said it all hung on those tasty tuna and egg salad sandwiches, I was terrified! However, after our first event, I was told I passed with flying colours. I also was introduced to the other jobs I would be performing while at the institute. I started on continuing where the last intern had left off in digitizing archives and publications for the future CIG digital archive of our previous fieldwork and excavations.

I also wanted to learn more about the archaeological world while here in Greece, and I can certainly say that through my work digitizing old archaeological papers, as well as attending many lectures on the subject, and meeting many people who work in the field, I feel much more aware of what being an archaeologist really means - and it’s not all beer and darts!

However it was not all work and no play! Most of my free time I spent trying to take in as much of Greece as possible. Almost every weekend I was blessed with beautiful weather and was out around the country seeing places like Corinth, Aegina, Meteora and Mycenae. During the week I would wander about Athens and the many treasures it holds. I also had the amazing opportunity to travel with some foreign school programs here to Delphi, as well as many sites on Crete, which I am eternally grateful for. It was very exciting to me to see all these places and things I learned about in school, and to see them in context! Things such as the fact that Greeks were an “acropolis people” didn’t really strike me until I had to climb a fair few of them!

Seeing this absolutely breathtaking country was something I’ll never forget. Though I’m saying goodbye, I know now it certainly will not be forever. There are so many more places I would like to see, and more people I would like to meet. Three months went by too fast. To the Canadian Institute as well as the University of Waterloo: ευχαριστώ πολύ for this amazing opportunity!

Alisha Adams
University of Waterloo
Posted by CIG-ICG at 12:05 PM No comments: