Find your Own Ancient Mediterranean Princess! 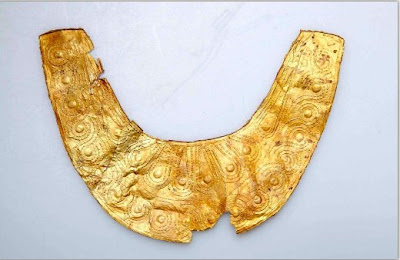 This Thursday, at 6:30 PM the Athens Association of Friends of the Institute will meet at the main entrance of the Museum of Cycladic Art at Neophytou Douka 4 to start a guided tour of the much talked about “Princesses of the Mediterranean at the Dawn of History” exhibition [link to previous blog on topic].

“The exhibition presents 24 examples of ‘princesses’ from Greece, Cyprus, Southern Italy, and Etruria from 1,000 to 500 BC, and over 500 artefacts. Royal ladies or princesses; priestesses or healers; women of authority or knowledge; local women, who stood apart from the rest; other women, who accepted and adopted the cultural traits of different societies or of the men they married in their homeland – local or foreign men – or even those women, who for reasons of intermarriage, traveled from one place to another, are the women this exhibition examines. Through their stories, one can distinctly perceive how these women played a contributing role in broadening the cultural horizons of their time, including their involvement in the development of the archaic Mediterranean culture.” The Exhibition has been so popular that it has been extended to May 8th.

There are still a few of places left. To reserve one of them please by Thursday at 1 PM at the latest, either call Jonathan at: 210 7223201 or email him at: ad@cig-icg.gr. Each participant will be charged €3.50 for the tour.

Come and join us for a stimulating exhibition with many objects not seen in Greece before. 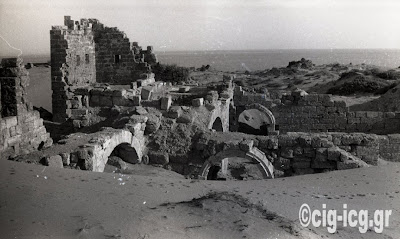 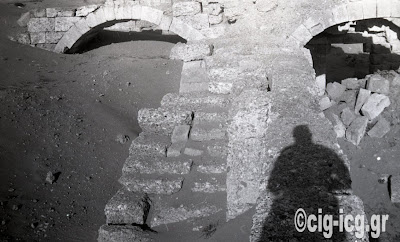 The Secrets Are Out!!!


The Institute has secrets??? Min mou peis!!! What possibly could we be hiding from our loyal members and supporters when Jonathan puts everything, and I mean everything, on facebook???

Well, for the past three years we have been working steadily on making the Institute more accessible and visible digitally. As you already know we updated our website, created a facebook page, began tweeting on Twitter, established a RSS feed and started a regular blog. What could be next in the social media realm you ask??? 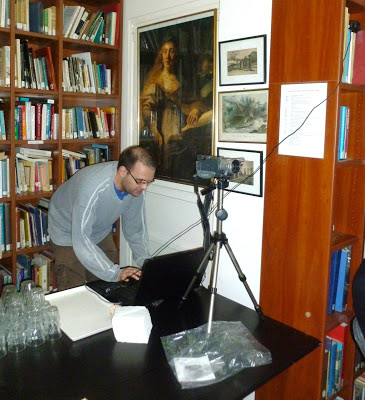 Chris Stewart, our clever and hardworking volunteer, after experimenting with web cameras and software since last spring has now made it possible for us to dependably live stream our lectures and events. That means you can watch our lectures and events as they happen here at the Institute on Wednesday evenings! While you won’t be able to enjoy our convivial reception afterwards, you can hear and see the lecture and view who is in attendance. The lectures are recorded as well so that we have a digital copy for our archives.

Is that it??? Only live streaming??? Oh, come on that’s so last year, so other archaeological schools!!! Wait a second, as I said “secrets”, there is something else I want to share with you. We have established, with Chris’ initiative, our own YouTube Channel where the lectures and events will soon be available to enjoy at your leisure. There is a caveat here, however. Not every lecturer may wish to have his/her material made public in this way for a variety of reasons. So while it will not be complete, the CIG YouTube Channel slowly, slowly will have an interesting repertory of past lectures and events for you to watch when it is convenient; clothes optional.

So, please, those of you who are not in Athens, join our Wednesday night audience at the Institute. I announce the lectures and events here in this blog on the Friday before the Wednesday and they are listed on our website as well. Mark your dance card now!

Let us know what you think of these new ways to stay connected with the Institute. YOUR Institute!

Cordially,
David Rupp
Director
Posted by CIG-ICG at 11:26 AM No comments: 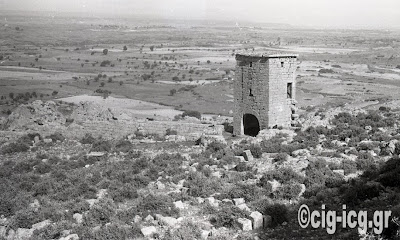 "Sillyon, the tower-gate and wall descending slope to left, from insie circuit " (Professor Fred Winter 1968)
Posted by Chris Stewart at 12:00 PM No comments:

The Untold Stories of Late Roman Pottery from Ancient Corinth, A General Assembly and Elections, and Reconstructing the Stoa of Attalos in the Athenian Agora


For anyone who has ever visited, or even better worked on, an excavation in the Aegean basin the most common type of find that one sees coming out of the ground is broken fragments of ceramic vessels, or pottery sherds. These ubiquitous remnants of the fired clay containers used to produce, store, cook, serve and consume food and drink are the primary data sets for many aspects of archaeological research that focus on dating, function(s) of spaces, rooms and buildings, life ways, socioeconomic status, intercultural interactions as well as trade. The interpretation and synthesis that one reads in archaeological publications usually is based on the foundation of such ceramic studies.

On Wednesday, March 13th at 7:30 PM, in a lecture entitled “The ‘Fabric’ of Economic Activity: Tracing Systems of Ceramic Distribution in Late Roman Panayia Field, Corinth”, Mark Hammond will show his audience what a ceramic specialist can do with tons of sherds from an excavation. Mark, a Ph.D. candidate at the University of Missouri at Columbia, is a former student of mine at Brock University.

Ancient Corinth, like any other metropolitan city in the late Roman Empire, utilized ceramics imported from multiple sources, whether regional or long-distance, in addition to any locally-made products. Although the long-distance imports have long been recognized, it is only now that a clear picture of the various local and regional wares of the late Roman period (late 4th to 7th centuries BCE) is emerging, thanks to detailed study of the ceramic fabrics and petrographic analysis. Using the excavated area of Panayia Field (southeast of the Forum) as a case study, Mark will first present a near-complete picture of both the various sources that supplied Corinth with ceramics, and the types of products available from each. Then he will focus on examining the longevity, variability, and limits of distribution for each regional production center to reconstruct Corinth’s place within its previously understudied regional networks. Prosaic sherds have so many fascinating stories to tell!

The activities of the Syllogos Filon tou Istorikou Archeiou tis Archaiologikis Iperesias
This Sunday, March 10th at 11 AM at the Historical Archive of the Hellenic Archaeological Servie at Psaromylingou 22, on the edge of Kerameikos and Psyrri, the Syllogos Filon tou Istorikou Archeiou tis Archaiologikis Iperesias will hold its annual General Assembly for current members. After the meeting there will be the elections for the new Board of Directors and for the Financial Oversight Committee, both of which are for a two-year term. The Syllogos Filon warmly welcomes new members to join this bilingual organization which supports the work of the National Archive and the pursuit of archival research in archaeology. One can join before the General Assembly starts on Sunday! For more details please contact me at: drupp@brocku.ca.

The Story Behind the Reconstruction of the Stoa of Attalos II in the Athenian Agora.
What catches everyone’s eye upon entering the archaeological park of the Athenian Agora is the reconstructed Stoa of Attalos II. Its size, its range of colors and its unusual form, to the modern eye at least, draws one to contemplate it and then to go into its broad porticos in order to “experience” a complete ancient building first hand. How did this building come into existence?

The manner in which this project came to fruition between 1953 and 1956, immediately after the end of the Greek Civil War, is a most intriguing story as well as a case study on how one can go about reconstructing an ancient building and developing a planting program for an archaeological site. Dr. Niki Sakka of the 3rd Ephorate of Prehistoric and Classical Antiquities of the General Secretariat of Culture will share the results of her archival work in the Blegen Library of the American School of Classical Studies at Athens, at the National Archive of the Hellenic Archaeological Service and from other sources on Monday evening, March 11th at 6:30 PM at the Historical Archive at Psaromylingou 22 near Odos Peiraeus in Kerameikos.

Dr. Sakka will contextualize this major undertaking by the American School in terms of the theoretical foundations for such work, the role of the major donors, the reactions of Greek archaeological community, the interrelationships of the major Greek and American players in this undertaking, and the views of the general public. The “backstory” in the late 1920s to the excavation permit given by the Greek government to the American School to start the excavation of the Agora is behind many of these actions and responses. If you thought archaeology was dull and tedious come to this lecture in Greek to learn “the rest of the story”!!!

Cordially,
David Rupp
Director
Posted by CIG-ICG at 11:03 AM No comments: 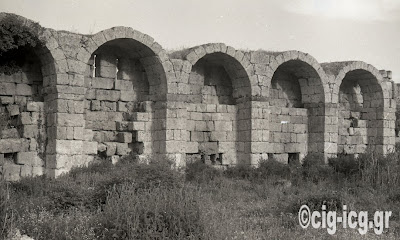 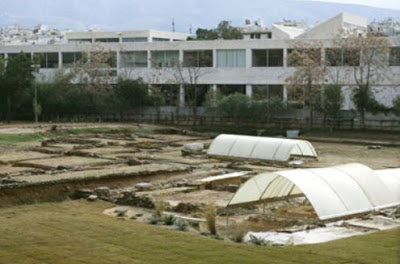 Cordially,
David Rupp
Director
Posted by CIG-ICG at 11:00 AM No comments: