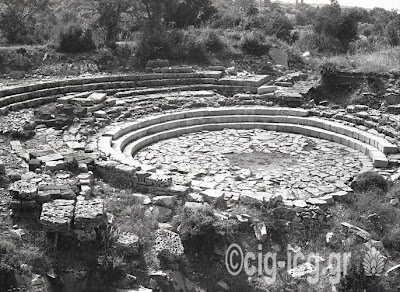 Samothrace, the stepped circular area on the sanctuary side of the Ptolemaion torrent-bed. (Professor Fred Winter 1975)
Posted by Chris Stewart at 12:00 PM No comments: 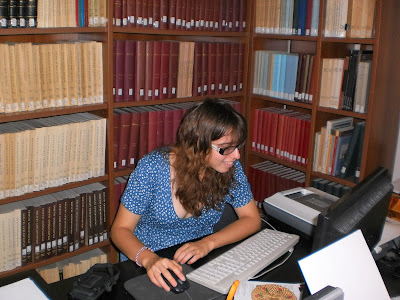 When I first stepped off the plane and saw Athens, really saw it, (meaning, being in the city for more than a couple hours as I transferred planes), I felt apprehension, nervousness, but most of all, excitement. Becoming an intern for the Canadian Institute in Greece was a pretty big first step in my life. I had never lived away from my parents, and now the Atlantic Ocean separated me and everyone else I knew. I spoke the language in the sense that I could say “yiasoo” or “kalimera”, and then just smile blankly as I was dragged into a conversation. On top of that, I had a full-time student’s course load along with my actual work for the Institute. It would be a lot to handle, but thanks to my co-workers at the Institute, Dr. Jonathan Tomlinson, Dr. David Rupp, Chris Stewart and Myles Chykerda, I was able to make it through the internship with lessons, friendships and memories that will last a lifetime.

Athens can be an intimidating city, especially to a newcomer. It’s often loud, with various noises like backfiring motorcycles, screeching cats, and weekend partiers’ celebrations lasting long into the night. The twisty and turning streets can lead one who has a bad sense of direction (such as me) hours away from their destination with just one wrong step. Several city maps torn in frustration got used up that way! Finally, the number of people crowding Athens can be overwhelming. The first time I went to Syntagma square, for instance, I was half-tempted to buy some sort of wooden implement from one of those touristy olive wood shops just so I could make myself some room! 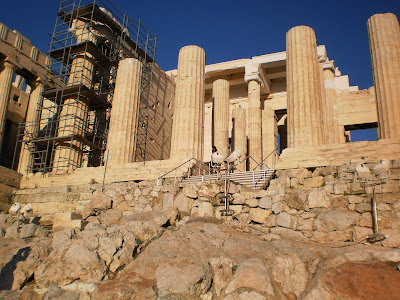 But that’s the thing about Athens; there’s really nothing like it in the rest of the world, where the ancient is so well incorporated with the new. The fact that it is a bustling, sprawling city in the tradition of its past is a part of its charm. Ruins peek out of the corner of your eyes whenever you go for a walk. Metro stations feature artefacts in glass cases, compelling you to stop and admire as you wait for the train. The food and music of tavernas serenade your senses, emanating with the knowledge that they have rightly lasted hundreds, maybe thousands of years. Athens is a cosmopolitan city, whose history draws visitors come from all corners of the globe; no wonder so many archaeologists congregate here, to be in a place so well connected to the past. I feel so lucky to have been a part of that community, even if it was just for a few months.

I have learned a lot by being an intern at the Canadian Institute in Greece. Just being here, rooming in the hostel and going to various lectures, I was exposed to so many archaeologists, and the current trends in Mediterranean archaeology. I enjoyed learning about topics like the celebrant reality of the Athenian Dionysia or the settlement patterns of post-146 BCE Corinth. The libraries here in Athens, from the Canadian to the American and British ones, have exposed me to so many books that I want to read when I have the chance. Even some in Greek, as being here has really helped in learning to decipher those “omegas” and “alphas”. I also really enjoyed socializing at the many events that the CIG put on, such as the Portal to the Past Launch or Canadian music recitals. 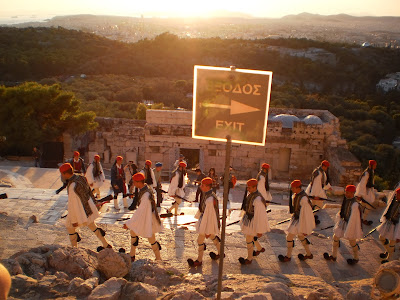 As for my work at the Canadian Institute, it has really prepared me for the workforce. I have never had a job before coming over to Athens, with the justification that I needed to concentrate on my studies… I found I was really selling myself short! I’m much better at scheduling my days now, when it comes to figuring out a balance between work and school. I spent at least 25 hours a week at the institute, working in my own office, doing various jobs, to help the institute run from day to day.

Some of the things I did were cataloguing, accessioning books for the CIG library, and scanning photographic negatives—skills that I can take with me when I go back home. At the beginning of the year, I accessioned hundreds of book, helped deliver packages and various other office jobs. Later on, I helped with data entry for the CIG’s digital database, the Portal, and also helped create a catalogue for David’s slide collection. Domestic jobs, though no less important, were doing the weekly laundry, welcoming new guests to the hostel, and catering for the events that the CIG put on—hopefully my sandwiches weren’t too bad!

When I wasn’t working in the Insitute, I was doing online classes with Wilfrid Laurier’s distance education program. I’m currently in my third year of undergrad, but I felt I could handle the workload, and it seems to be working well so far! Being here has also given me some ides as to where I want to go in my career as an archaeologist—I know for sure, for example, that I want to go to graduate school. Of course, I always made sure to make some time to explore the city as well, after my schoolwork was done. After all, I was taking a Greek history course, and what better way to study than by actually being in Athens itself? 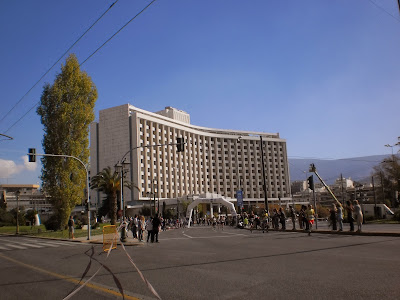 During my stay with the Institute, I visited various archaeological sites and museums across Athens. This included the likes of the Keramikos, the Agora, the National Museum, and of course, the Acropolis. I really enjoyed this, since I got to see places and artefacts I had only seen in my textbooks. Things like the death mask of Agamemnon, the Antikythera device, and the Diplyon Vase. Places like Hadrian’s Arch, and of course, the Parthenon. The Acropolis in particular was a revelation to me, being able to experience what it must have been like to visit all those temples back in the Classical period. I’ve never had so much fun climbing up the side of a mountain before!

All in all, I’m leaving Athens with the sense that this internship really changed me. I no longer feel nervous or apprehensive about new experiences; I’ve lived away from home, made friends within the local population, and have done much more than I thought I could accomplish. From now on, when it comes to new experiences that come my way, I will face them head on, with the hopes that they will be just as enlightening as my time here in Athens at the Canadian Institute in Greece.

Sophie Goldberg,
Wilfrid Laurier University
Posted by CIG-ICG at 11:34 AM No comments: 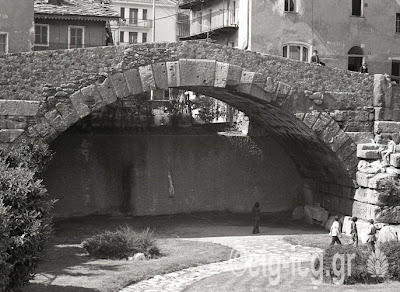 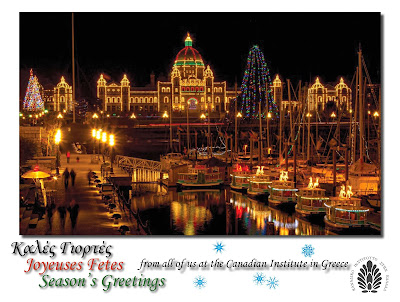 As the old year is coming to an end Jonathan and I wish to inform you that the Institute will close today at 1:00 pm for the annual Holiday Recess. We’ll reopen, rested and ready, on Tuesday, January 7th, 2014 at 9:00 am.

The winter/spring lecture program of the Institute will be announced in mid-January. For the Friends Association we have planned an excursion and art exhibits in the New Year.

With Jonathan off to the UK, Myles to the United States and Canada, and my family to Mt. Pelion we are all escaping from the grips of Athens for longer or shorter periods of time. Sophie has already returned to Canada and we look forward to welcoming the new undergraduate intern from the University of Waterloo.

For those whose Fridays would not be complete without a CIG blog do not despair! Next Friday Sophie will tell us all about her three months at the Institute and in Greece. Then for the first blog of the New Year, Myles will give us his considered critique of life in Athens during the fall. These literary treats will help you digest the holiday leftovers and recover from the optimistic celebrations. 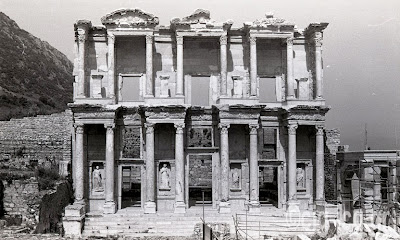 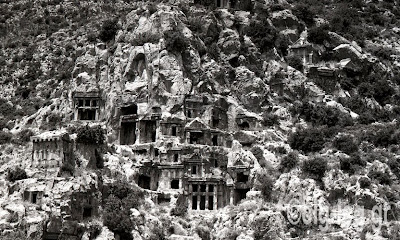 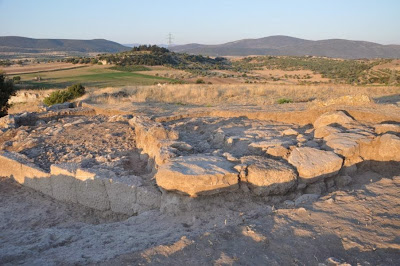 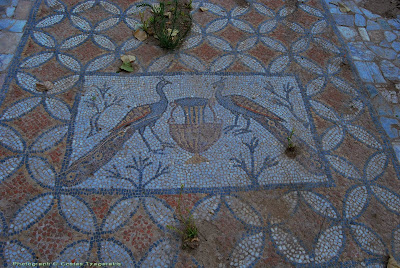 Cordially,
David Rupp
Director
Posted by CIG-ICG at 11:50 AM No comments: 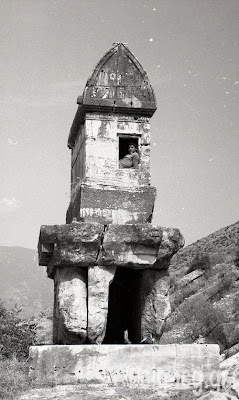