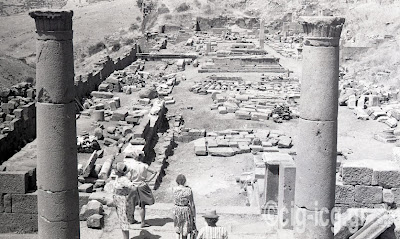 Pergamon, Demeter propylon and precinct from slightly above to E by S. (Professor Fred Winter 1966)
Posted by Chris Stewart at 12:00 PM No comments: 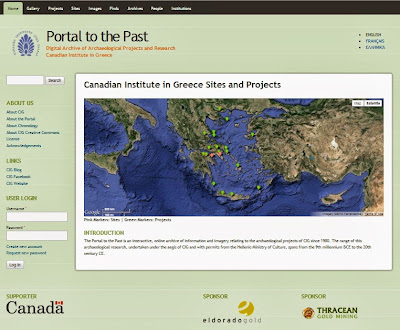 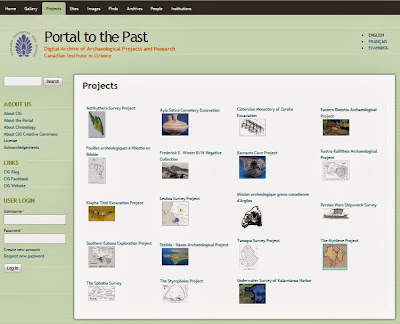 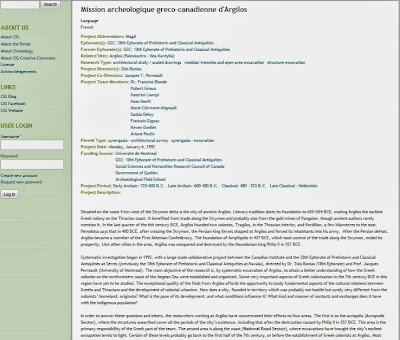 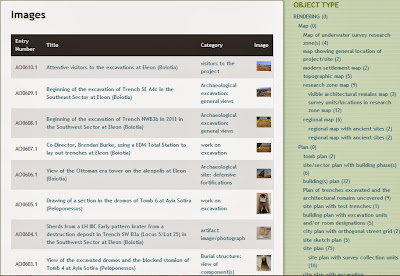 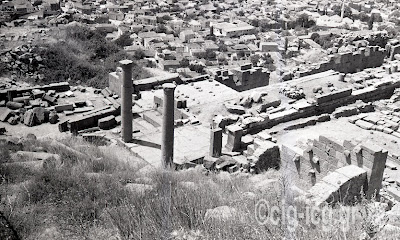 Pergamon, looking down on Demeter precinct from above to NE and NNE. (Professor Fred Winter 1966)
Posted by Chris Stewart at 12:00 PM No comments: 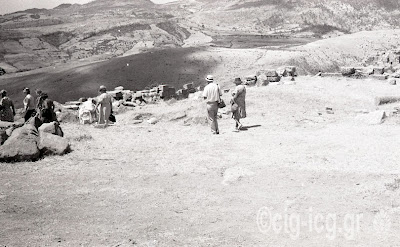 The Much Awaited Autumn Lecture Program and Events of the Institute 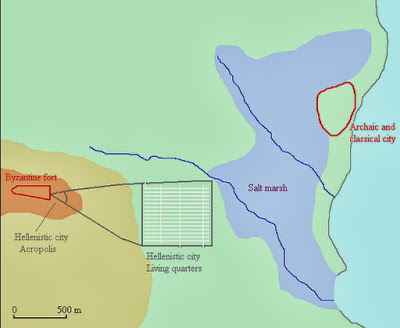 Institute Autumn Lectures
November will be a busy month for us and our followers. Our first lecture will be on Wednesday, November 13th at 7:30 pm when Prof. Margriet Haagsma (University of Alberta) will give a lecture entitled, “Cities and Sustainability: Reflections on Household Management in New Halos, Thessaly”. As Margriet is beloved in two countries, Canada and the Netherlands, the lecture is jointly sponsored by CIG and the Netherlands Institute at Athens. For this special occasion the lecture will be held in the NIA’s Library at Odos Makri 11, in Makrigianni [Metro: Akropoli]. 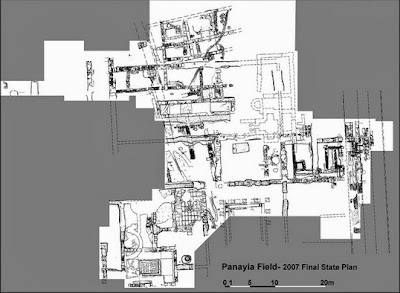 Our second lecture features Prof. Sarah James (University of Colorado at Boulder) who is doing research in Athens and Corinth this fall. It will be on Wednesday, November 27th at 7:30 pm at the CIG Library (it should be noted!). The title of her lecture is, “Late Hellenistic Corinth: New Finds from the Panayia Field”. Sarah is another Canadian scholar studying material from the recent excavations in this area of ancient Corinth conducted by the American School of Classical Studies at Athens. 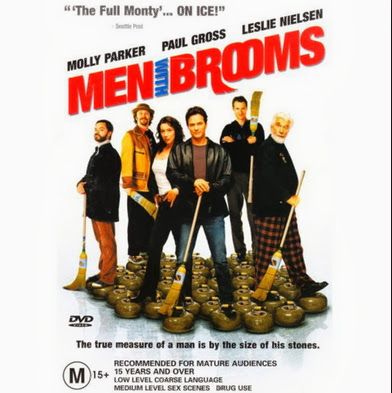 Autumn Events for the Athens Association of Friends of CIG
However you interpret the fact that there is absolutely nothing of value to watch on Greek TV, except if you are paying for a satellite service, this Fall we are going to give our loyal Friends a reason to get out of their ruts and come to the Institute on two evenings. The first treat that we have organized for Wednesday, November 6th at 7:30 pm in the CIG Library is a showing of the Canadian film “Men with Brooms” (102 minutes; English; 2002). Yes, this offbeat comedy set in a small town on a lake north of Toronto is about CURLING!!! Come for your dose of undiluted “Canadian Content”! As it features original music and special appearances by Canadian rockers the Tragically Hip this is a movie that any Canadian living in Athens can’t miss! Be there or be square!!! 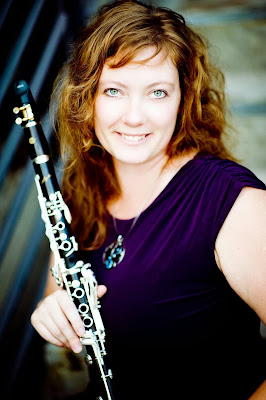 Remember the special lecture and concert that we had planned for last fall that was cancelled at the last minute due to transportation problems??? Well, I am very pleased to announce that the accomplished classical and contemporary clarinetist and composer Krista Martynes will give a lecture and recital entitled, “The Integration of Traditional Music in European and Canadian Composition”. This will happen on Wednesday, December 4th at 7:30 pm in the CIG Library. We will use the occasion to hold afterwards our annual start the Holiday Season reception.

So put these Fall lectures and events on your dance card and come!

Cordially,
David Rupp
Director
Posted by CIG-ICG at 11:57 AM No comments: 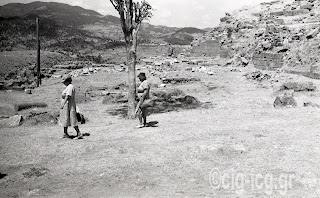 Pergamon, Upper Agora, and Main Street ascending across plaza, at times above, also below. (Professor Fred Winter 1966)
Posted by Chris Stewart at 12:00 PM No comments:


I have just returned on Thursday afternoon from my lecture tour in Ontario and Quebec. I drove over 2,000 km in 10 days going from Waterloo to Montreal, from St. Catharines to Peterborough, and many places in between. The purpose of this trip was to share with Canadian audiences the important and varied archaeological accomplishments of the Institute’s permit holders since 1980. My lecture was entitled, “Canadians Take the Field Throughout Greece. Over Three Decades of Archaeological Discoveries by the Canadian Institute in Greece.” I gave an overview of the Institute’s history, mission, membership and varied activities. The focus was on the characteristics and the purposes of fieldwork executed under the aegis of the Institute. To illustrate these trends and innovative research, I highlighted the goals and the results of our four current projects, in Naxos, Boeotia, Thessaly and Macedonia. I concluded with the many ways that Canadians can learn about us and what we are doing on a regular basis through the Internet and social media.

This lecture tour was the inspired idea of the Canadian Ambassador to the Hellenic Republic, Robert W. Peck, to conclude the yearlong celebration of the 70th anniversary of the formal establishment of diplomatic relations between Canada and Greece. Zografia Welch of The Board of Directors of CIG organized the tour in an exemplary fashion.

The audiences were enthusiastic about what we have achieved in such a short period of time and what we offer both to Canada and to Greece. There were undergraduate and graduate students, professors, CIG members and interested lay people in attendance at each lecture. It was a treat to see the members of the Board of Directors, old colleagues and researchers, former CIG Fellows and interns as well as to meet new individuals. I was honored that the Ambassador of the Hellenic Republic to Canada, the Honorable Mr. Eleftherios Angelopoulos, came to my lecture in Ottawa. At Trent University the founding President of the University, Dr. Thomas H.B. Symons, introduced me.

Although the experience was exhausting I believe that I was able to heighten the level of awareness of CIG and its field projects at these venues and that this will translate into more active support of our work in the coming years. New individual and institutional members were invited to join the Institute and members to renew their membership. Such lecture tours which include as well the Maritimes, the Prairies and British Columbia should be done by the Director on a regular, rotating schedule.

Jonathan and I look forward to seeing in Athens at the Institute, sooner rather than later, the people I met along the way! 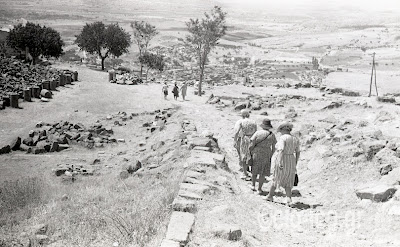