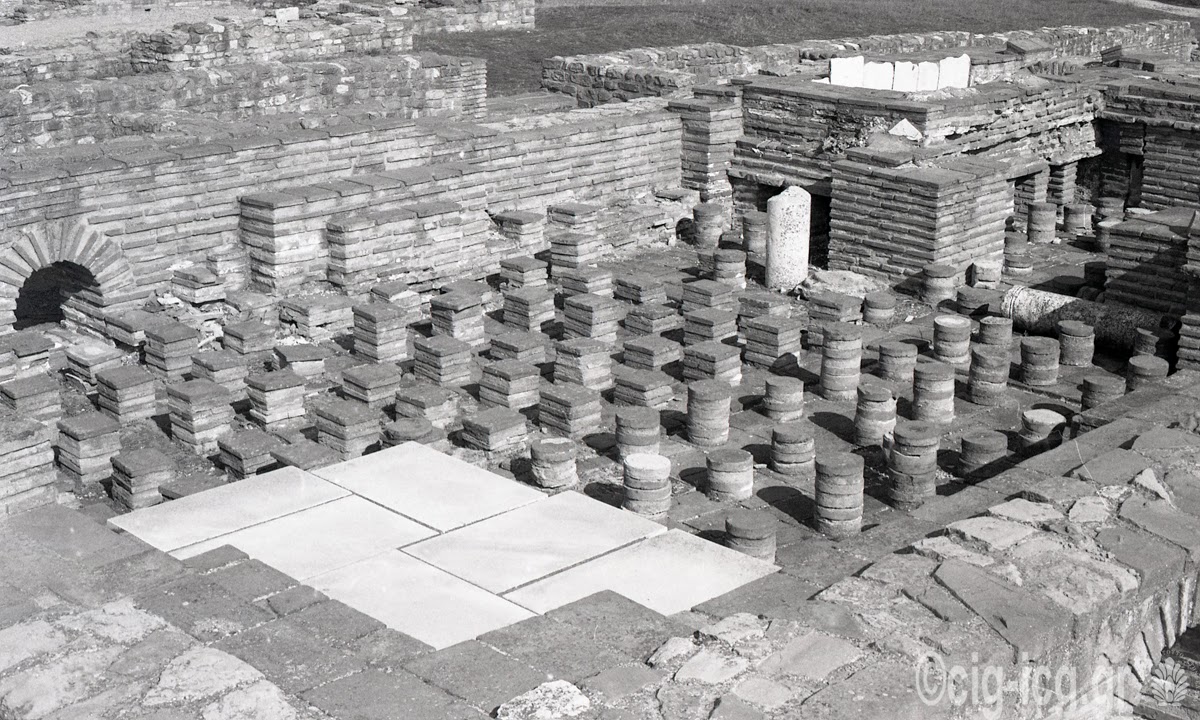 View of a hypocaust from the Large Baths at Stobi. (Professor Fred Winter, 1988)
Posted by Unknown at 12:00 PM No comments: 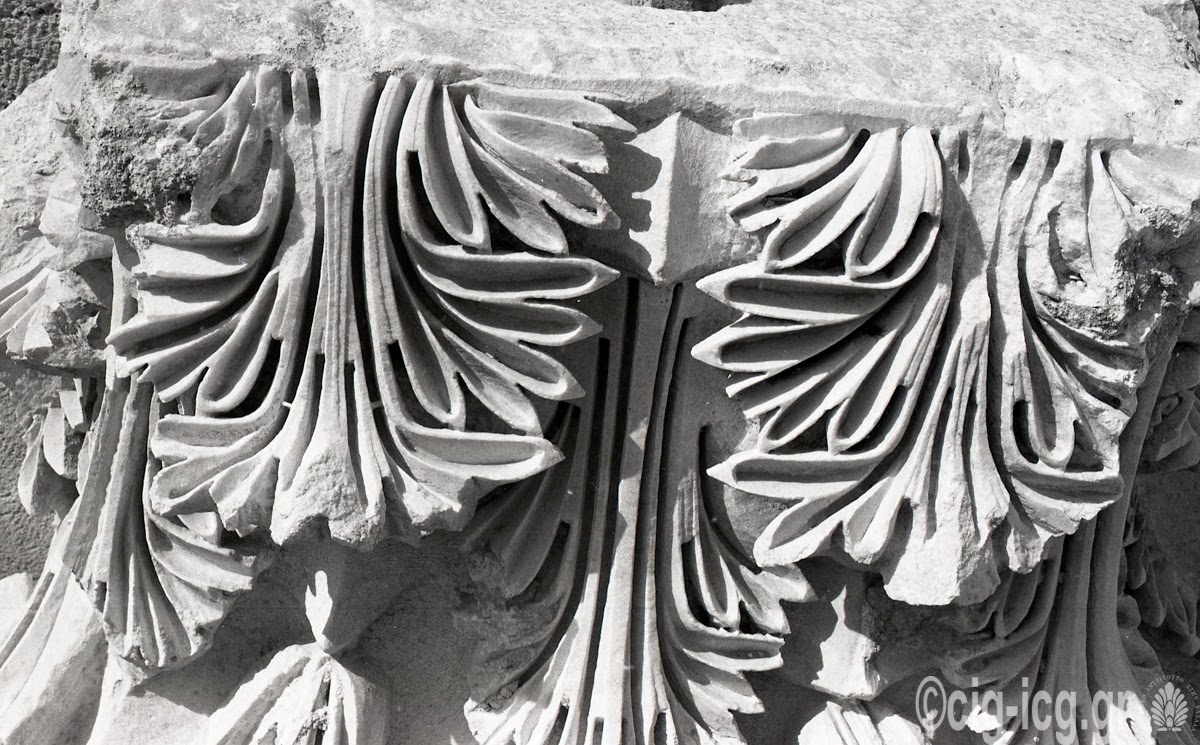 
I would not call myself an archaeologist by any stretch of the imagination. I can’t even say that I’ve taken a class dedicated to archaeology back home – my interest in the ancient world has always been rooted in stories rather than objects, which has translated to a focus on language and literature rather than art and archaeology. I am admittedly a library historian, more engrossed by books and words than by landscapes and digs. Before my arrival in Athens, my concept of archaeology was primitive to say the least. You just dig things out of the ground and catalogue and analyze them, right?

Hardly. It didn’t take very long for me to realize the depth and breadth of the field of archaeology. While scanning and producing PDF versions of some articles written by the Canadian Institute’s Director, Dr. David Rupp, I was exposed to the gritty details of archaeological analysis as described by a career archaeologist. I quickly learned that there was so much more to it than systematic digging. Like many areas of Classical study, archaeology is a hugely interdisciplinary field which not only draws on knowledge of ancient history, but also relies heavily on modern scientific advances to produce some truly remarkable results. I have been hugely impressed by the critical, multi-faceted approach to the remains of the ancient world which I have seen here in Athens, and I have discovered that my idea of archaeology was still weighed down by thoughts of figures like Schliemann.

My time here has also given me a sense of how much the library historians of the world owe to those who pursue archaeology. This is certainly exemplified by the lecture given by the Canadian Institute’s Fellow, Myles Chykerda, in which he presented his attempts at reconstructing the structure of the Thessalian political landscape on the basis of the physical landscape’s archaeological record. My personal interest in Greek (and Latin) inscriptions brought me to the Epigraphic Museum, where I was blown away by the incredible volume of preserved inscriptions and by the massive size of some like the 5th-century Athenian tribute lists. Epigraphists may be responsible for studying and deciphering the characters which are sometimes nearly illegible (and other times entirely so), but they would have nothing to study at all if it were not for the dedicated efforts of archaeologists who are even today still discovering artifacts from antiquity.

Besides the value of such artifacts for historians, the remains of ancient Athens which survive in the modern city obviously have an immense cultural impact as well. There is no experience which quite compares to standing at the Temple of Olympian Zeus and craning your neck to see the full height of the columns, imagining the building in its colossal ancient glory; or to standing atop the Acropolis and looking down at the Agora where millions of people have walked over thousands of years. For a North American, that kind of feeling simply can’t be found at home. For a historian, reading about ancient events is one thing – but going to the places where those events occurred and being able to physically contextualize the space which is described allows you to connect with the history in a way which can’t be duplicated. I know that the next time I’m reading about the history of the ancient city of Athens, it will be that much more vivid, even if it is about something as mundane as the length of the long wall between Athens and Piraeus during the Peloponnesian War. I had read about that space in Thucydides, and thanks to the sweeping (albeit windy) view from our Assistant Director’s rooftop balcony, I was able to actually see where that wall would have been and how far it would have stretched. Polybius was adamant that any true historian must be able to physically engage with the environments being described, and although the task of the modern historian is not really the same as the task which Polybius undertook, his words still hold true.

Of course, my time here in Athens was not entirely about connecting with its history. Having been raised in the suburbs with swimming pools and well-maintained lawns, cities have always seemed special to me. I enjoy the lived-in feeling of a large city, where dirt and noise are simply facts of life, and Athens certainly has its fair share of those. It is truly a fascinating city, where your environment can completely change with a short walk in any direction. Monastiraki and the area around the Acropolis provide a vacation-y, tourist feeling; Syntagma is all class with the beautiful Parliament building, polished stone and night fountain (and of course McDonald’s, a by-word for class around the world); yet leaving the city centre and experiencing the more Greek neighbourhoods like Ilissia (home of the Canadian Institute) provides a unique, if sometimes overwhelming, experience as well. Happily I only found myself lost twice in my three months here, although I owe thanks to my arsenal of city maps for that good fortune. Even when lost, however, I drank in the cultural gap between Greece and North America: whereas North America is the land of chain restaurants and super-stores, so many shops and businesses have a ‘hole-in-the-wall’ feel to them which somehow makes the experience more personal, despite a language barrier. And thankfully, that language barrier began to fall as I spent more time here – I still find that most Greeks speak impossibly fast and I struggle to even discern one word from another, but after a little study I have at least been able to go to a store or taverna and communicate in Greek, however crudely… and I like to think that I’ve given lots of Greeks an opportunity to practice their English, as well.

It’s hard to believe how quickly these three months went by. I’ve met a lot of extremely warm and welcoming people from the international community here; I’ve thrown a lot of darts at the Red Lion, though I can’t say that I was any more accurate in my final week than I was in my first; and I’ve been able to cross a few things off my bucket list. Despite the fact that I start my MA program in September and am committed to many long hours in the library and in front of a computer, I would love to be able to return to Athens sometime in the not-too-distant future. I have to thank everyone at the Canadian Institute – Jonathan, David, Myles, and Chris – for making my stay here so enjoyable, and I hope to see you all again soon!

Tanner Rudnick,
University of Waterloo
Posted by CIG-ICG at 11:31 AM No comments: 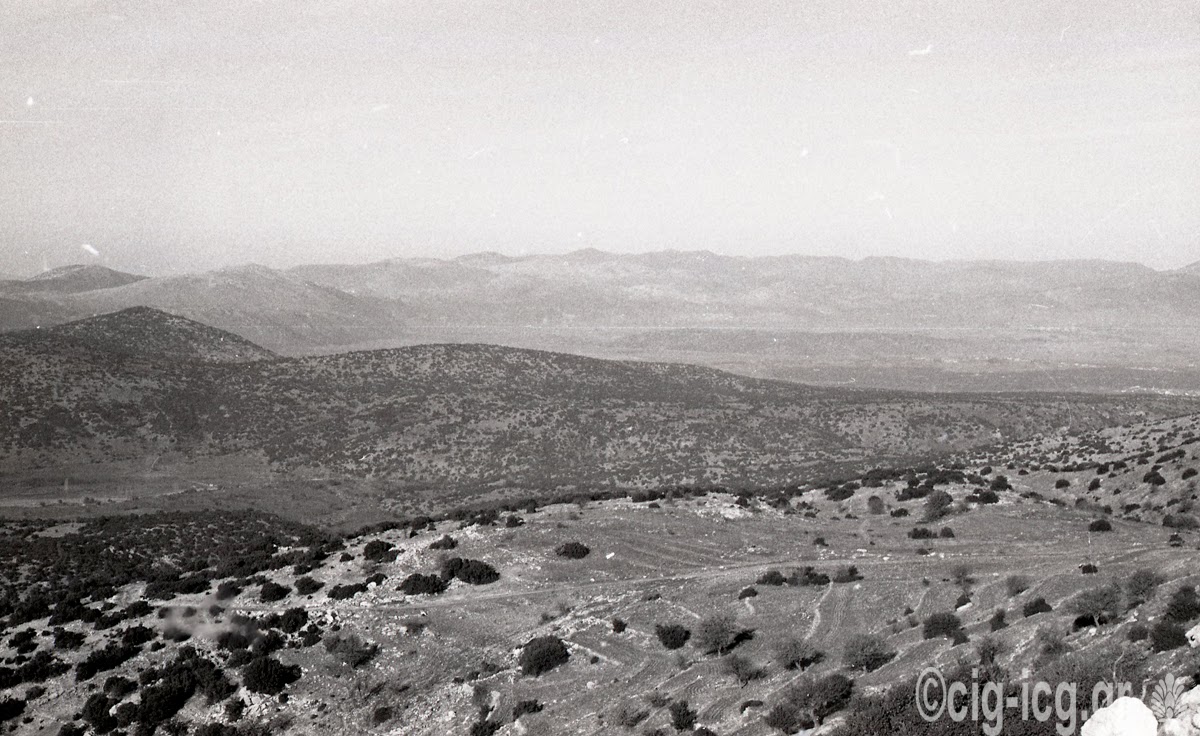 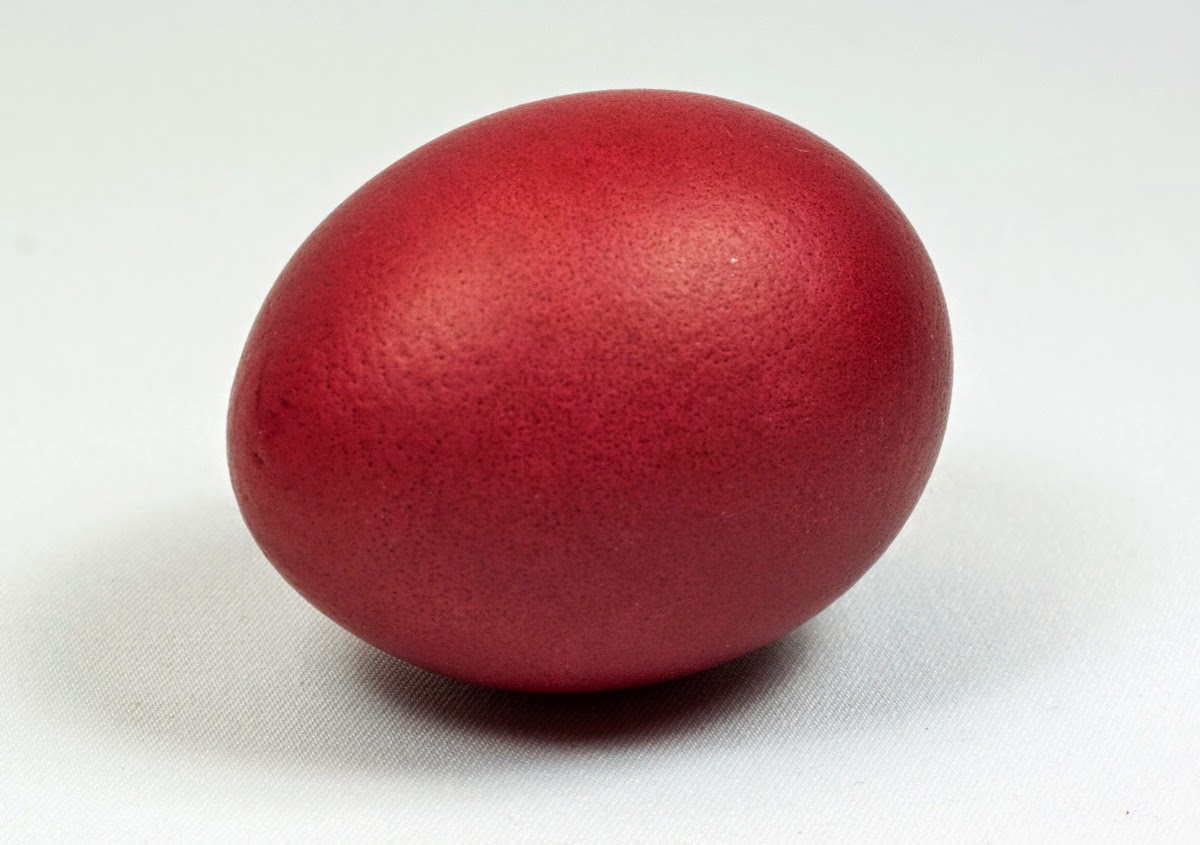 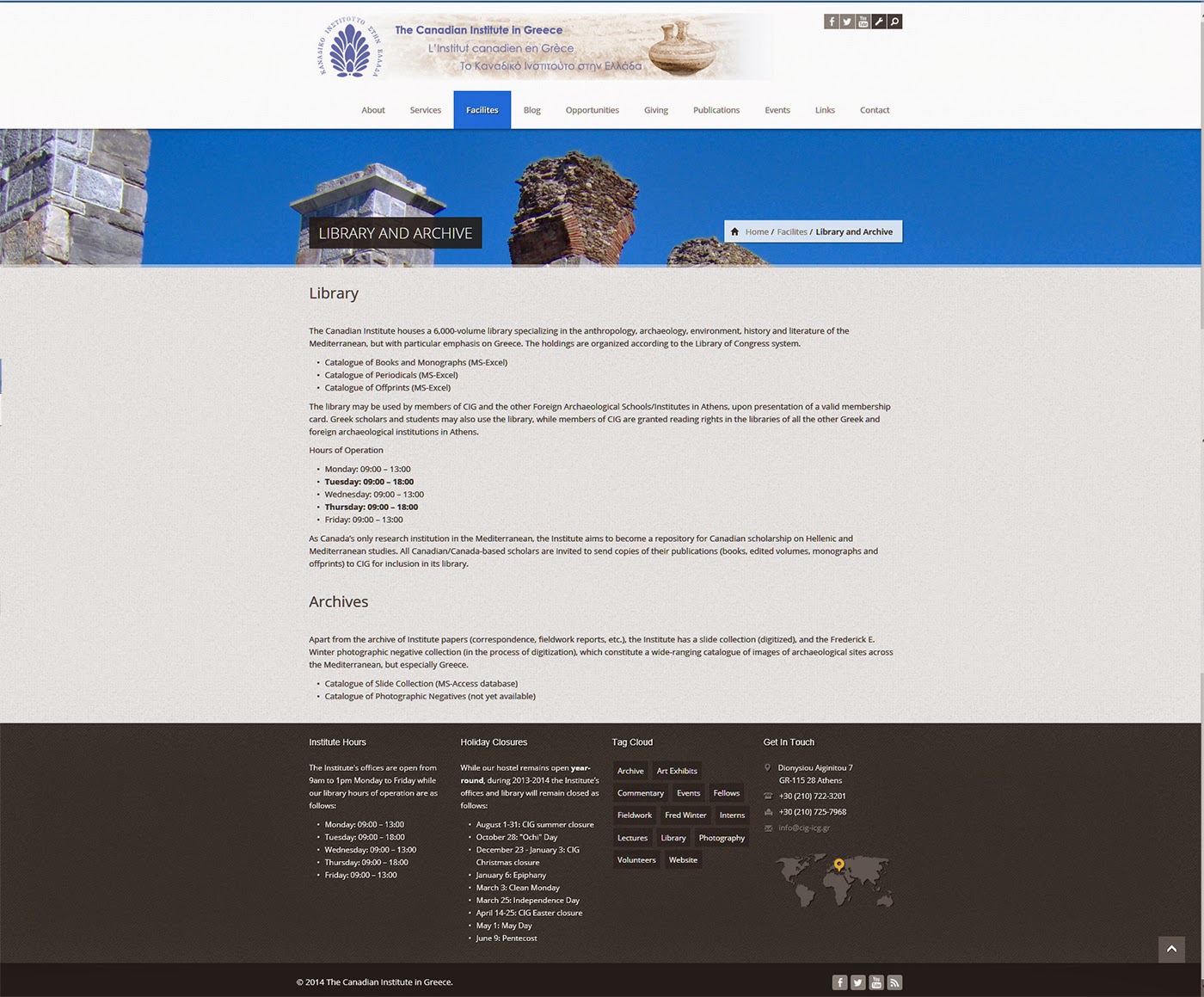 Kalo Pascha!
David Rupp
Director
Posted by CIG-ICG at 11:39 AM No comments: 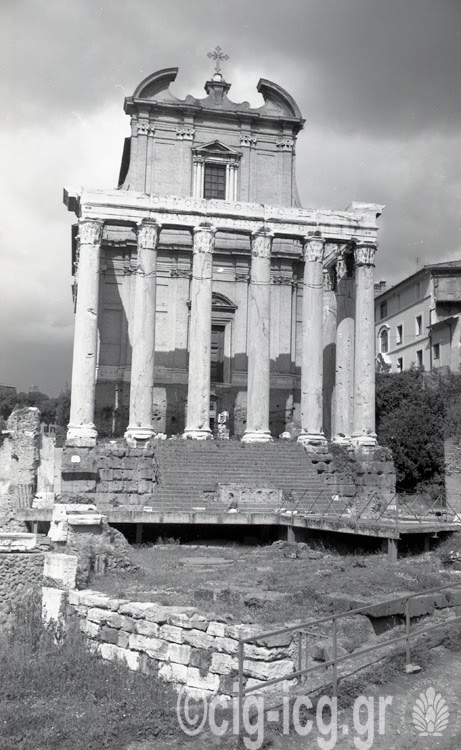 Temple of Antoninus and Faustina in the Forum Romanum in Rome. (Professor Fred Winter, 1988)
Posted by Unknown at 12:00 PM No comments: 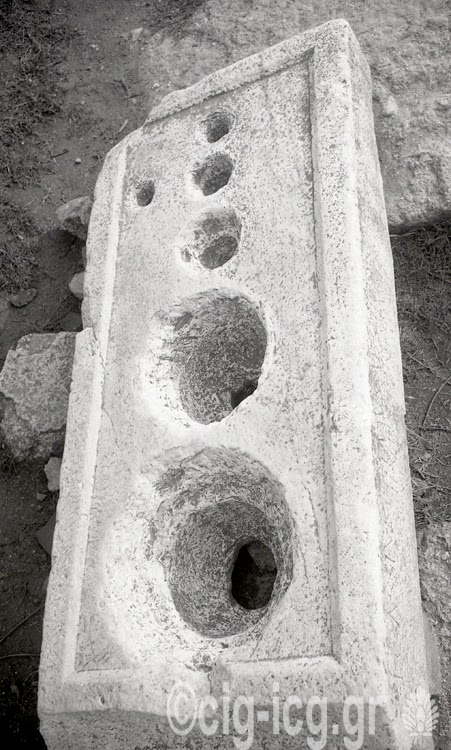 Marble table of measures (possibly for liquids) from Dion. (Professor Fred Winter, 1987)
Posted by Unknown at 12:00 PM No comments: