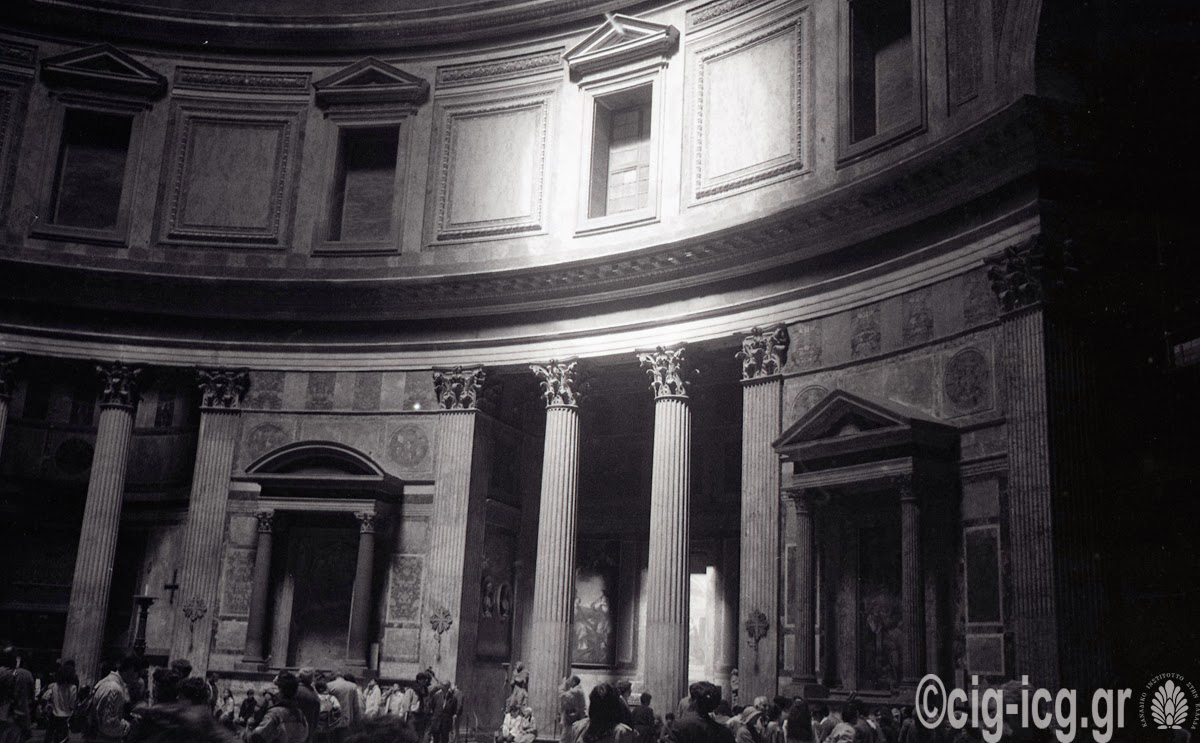 View of the interior drum of the Pantheon at Rome with sunlight shining in. (Professor Fred Winter, 1988)
Posted by Unknown at 12:00 PM No comments:

Life in the trenches


The month in Siteia at the Petras excavations (www.petras-excavations.gr) went fast. Digging from 7 am to 3 pm followed by an hour+ of notebook work helps to create the blur. After a few days the rhythms and demands of an excavation structured one’s life at the site. Looking over the walls that defined the room in a house tomb that I was excavating I could see my colleagues engaged in the same structured activities. The ringing sounds of the trowels, picks and shovels were mixed with urgent calls: “Photo Book! David, do you have it again?”; “Where’s the Catalogue?”; “Eleni, is this a human bone?”; “Rebecca, could you DGPS an ME?”; “Who took the soil bags?”; “Metaxia, come and see this!” and, best of all, “Break time!”

I was back for another tour of duty on my wife’s (Dr. Metaxia Tsipopoulou) excavation of an extensive Minoan Prepalatial and Protopalatial house tomb cemetery at Kefala-Petras associated with the Minoan settlement and palace at Petras, just to the east of Siteia in eastern Crete [see last year’s blog]. The crew was bigger this year augmented by a field school from Brandeis University (USA) led by Professor Andrew Koh. His assistant, Tanya McCullough, had dug with me in 1993 at my excavation of the Middle Chalcolithic site of Prastio - Ayios Savvas tis Koronis Monasteri in the Paphos District of Cyprus. We, and my son Romanos, were the “Canadian Content” on the project. Besides us Cannucks , we were a truly international undertaking with archaeologists from Greece (of course), the US, the UK, Ireland, Sweden, and Slovakia. With ten local workers the hard work was made easier.

Each new trench and parts of the previously identified house tombs produced interesting and different discoveries. There were crania and long bones everywhere. The narrative sequence of many sections of the cemetery had to be revised as a result. The one that I crafted last year for my Room 4 in House Tomb 3 was radically modified by the digging of the remainder of the room this year. While we strive for the appearance of “certainty” in archaeology, in reality we’re only presenting an interpretation that has a certain level of “probability” of explaining the past behaviors. Even then our narratives are relatively simple and incomplete. So each time we dig a new portion of a site, while the new data can confirm or amplify what we think we know, it can frequently change everything. Archaeological research is not for individuals who want firm, immutable “facts”.

To break the routine we had our annual “aerial” photos using the boom-mounted high resolution camera from the INSTAP East Crete Study Center in Pachia Ammos. One very windy day we watched a helicopter carry large buckets of sea water from the bay to attempt to put out a wildfire in the mountains to the south. Summer Session II of the American School was given a tour of the cemetery as we toiled in the trenches. The Minoan Seminar did an “in situ” visit to the excavation on the 12th with over 125 archaeologists, friends and locals in attendance from all over central and eastern Crete. That evening we watched a spectacular “super full moon” rise over Siteia Bay. The dig’s facebook page kept the project’s fans informed of people and progress of the excavation. The dig party on the final afternoon was enlivened by one of the workers playing his bouzouki and other workers dancing. It was a rewarding field season all in all!

Now I must finish my notebook and the final report. Then I’m at Halasmenos (Monastiraki-Ierapetras) for a week to study the LM IIIC kiln there. That’s how my June and July 2014 will have been spent away from Athens. Jonathan has been holding down the fort during this period. America awaits him! 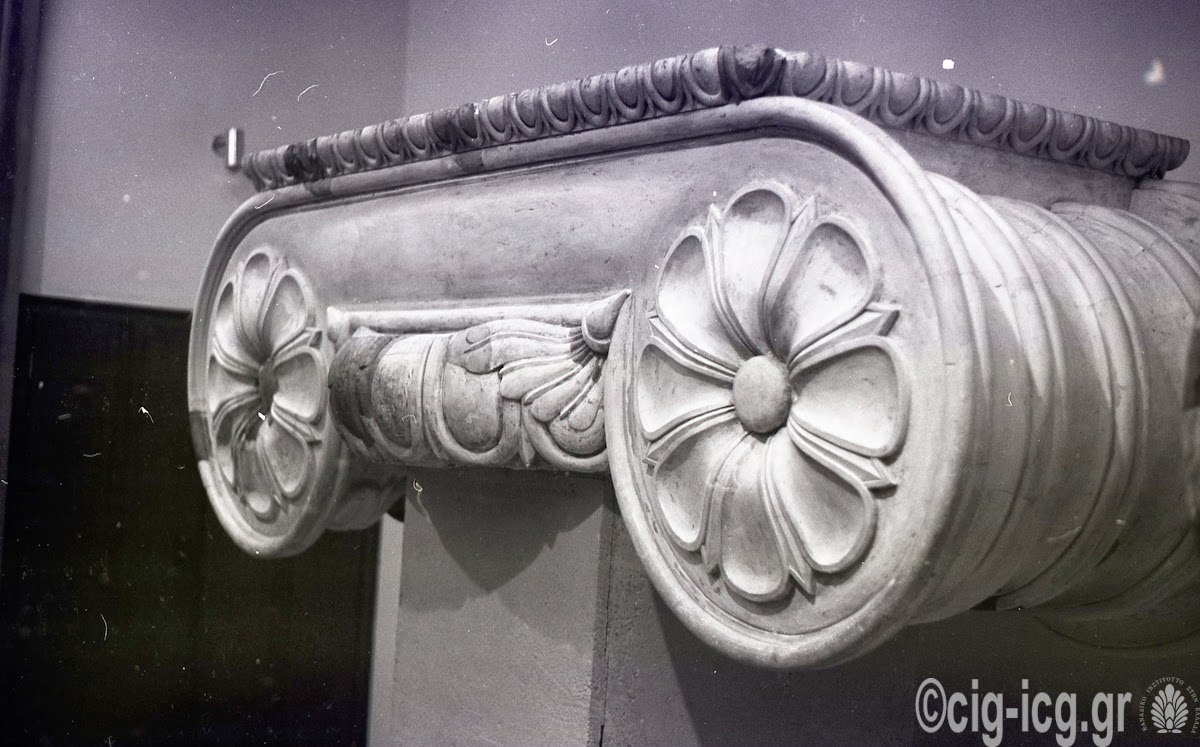 Ionic capital from the Older Artemision at Ephesos. (Professor Fred Winter, 1988)
Posted by Unknown at 12:00 PM No comments: 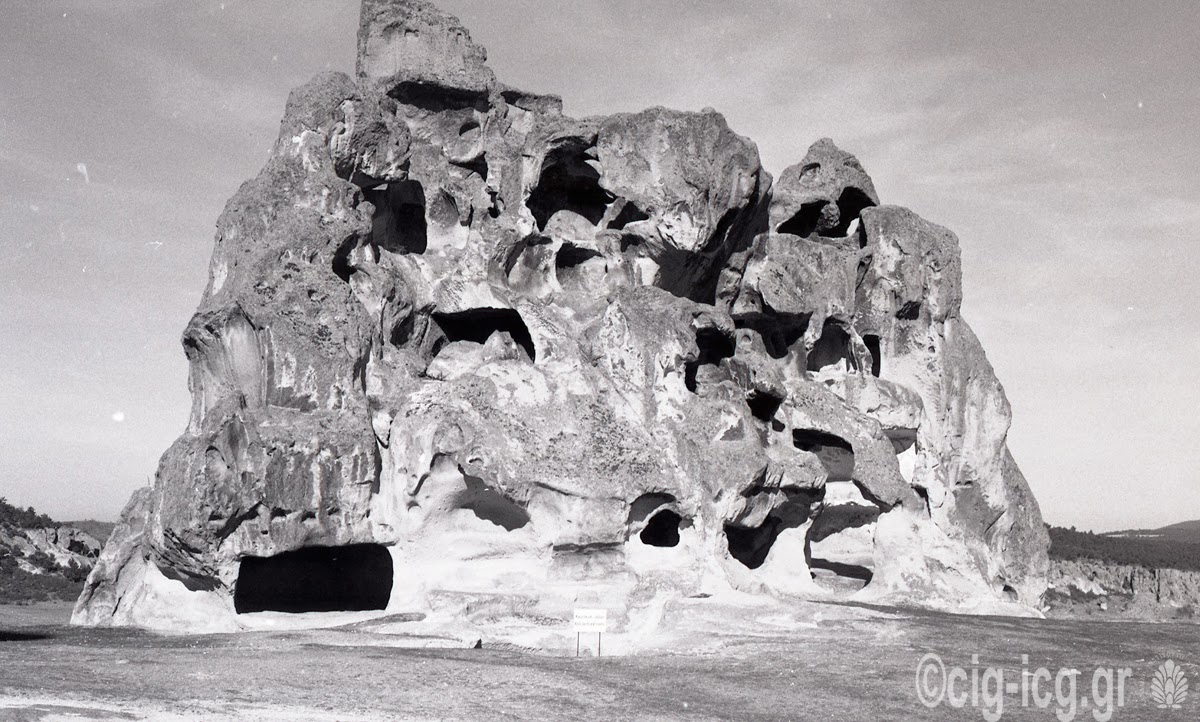 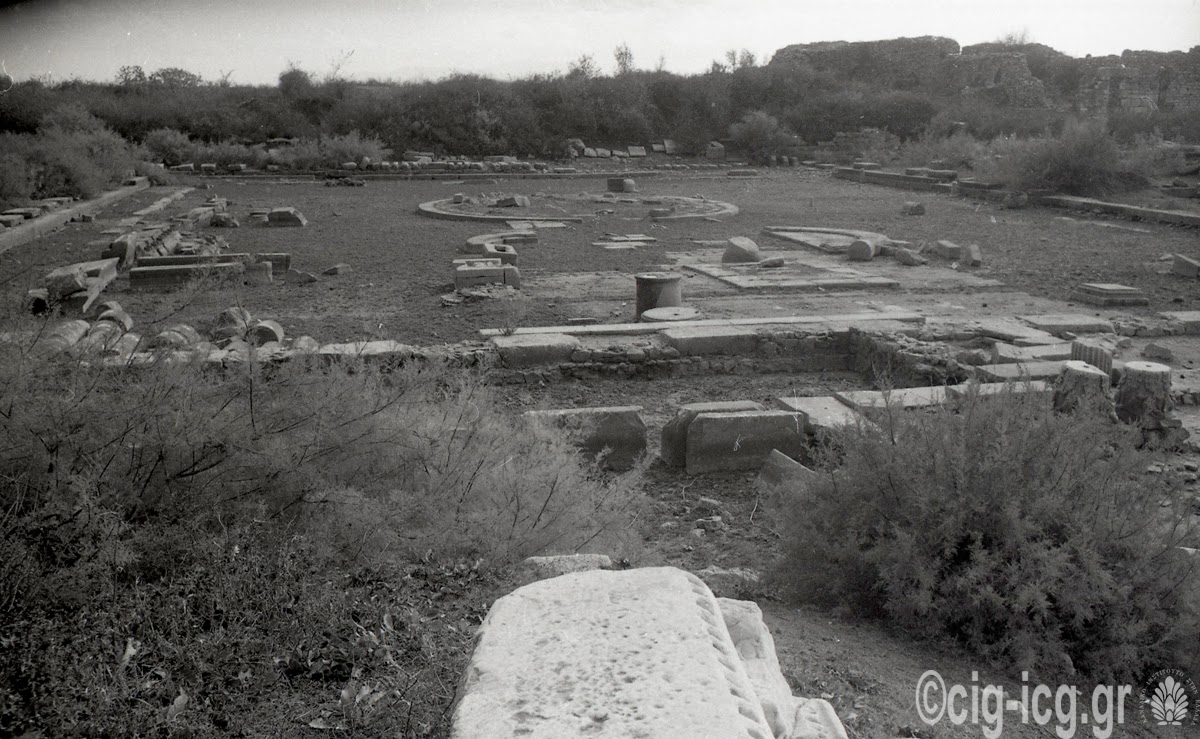 The Delphinion at Miletos. (Professor Fred Winter, 1987)
Posted by Unknown at 12:00 PM No comments: 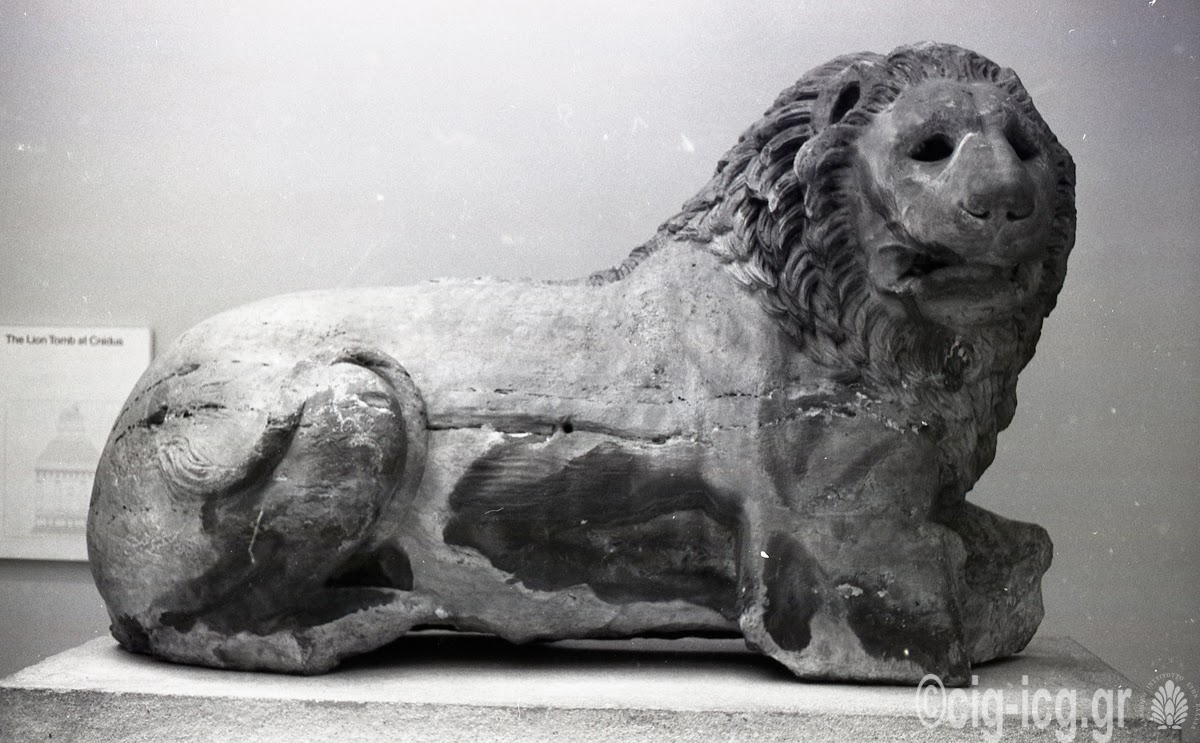