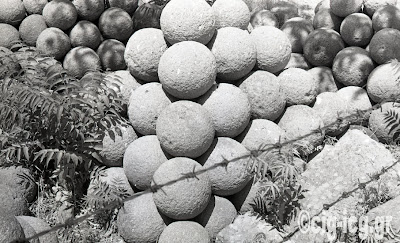 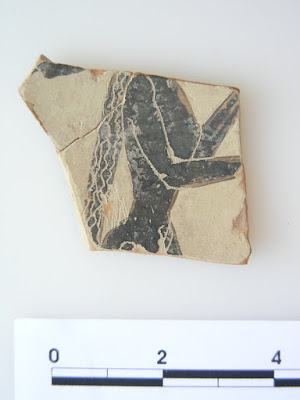 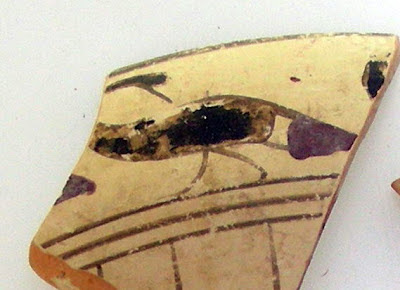 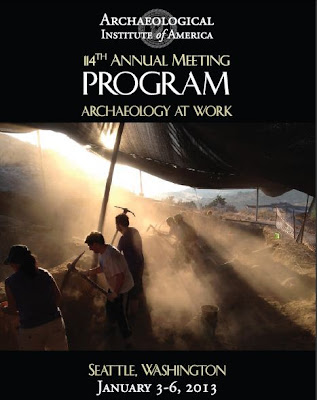 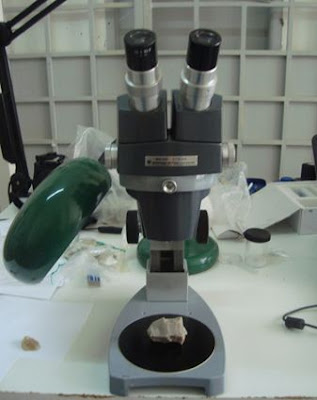 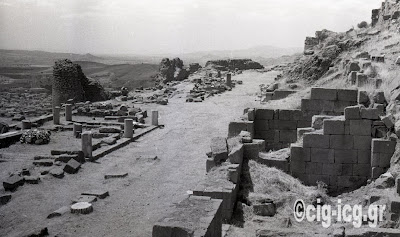 
The long awaited Winter/Spring lecture program of the Institute is out. Save the dates!!! 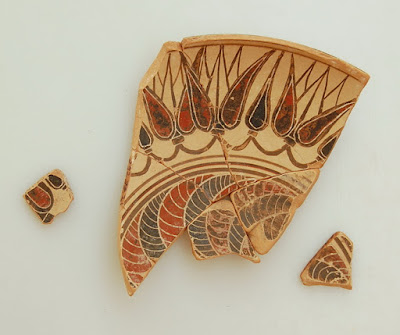 The first lecture is on Wednesday, January 30th with Professor Gerry Schaus (Wilfrid Laurier University and President of the Board of Directors of CIG) speaking on the Archaic period black-figured pottery from Laconia that was found in Miletus. This evening we will also cut the CIG pita. Who will find the flouri???

Our Alföldi-Rosenbaum Fellow, Gino Canlas (University of British Columbia), will speak about his dissertation research on the Thessalian deity Enodia and her spread in the Greek world on Wednesday, February 27th. 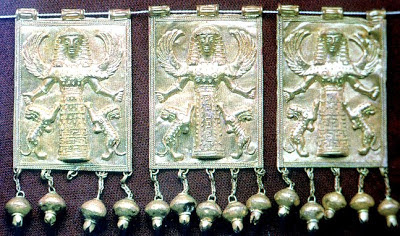 Finally, on Wednesday, April 10th, Professor Alison E. Barclay (Saint Mary’s University) will explore center and periphery relationships in the eastern Mediterranean as depicted in the art of the Geometric and Archaic periods.

The program has a wide-ranging and interesting topics by Canadian scholars. Who could ask for more, eh? 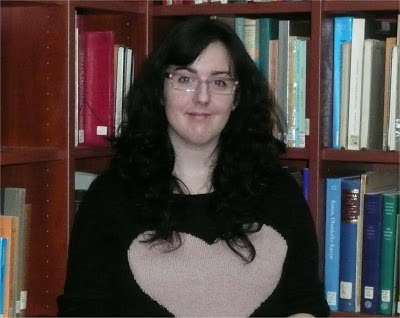 Welcome Alisha!!!
This winter’s University of Waterloo undergraduate intern arrived in Greece on Friday. Alisha Adams will be with us for three months assisting us on digitizing our fieldwork archives. She is a 4th-year Classical Studies and Biomedical Sciences double major with a minor in Anthropology. She is interested in Greek medicine and the lives of ancient women, as well as the Hellenistic baroque style of art. Her experience in Greece will help decide which specific direction to pursue in graduate school. So please welcome her warmly on the 30th to the Athenian archaeological community!

Cordially,
David Rupp
Director
Posted by CIG-ICG at 11:09 AM No comments: 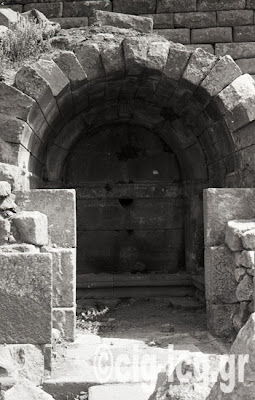 
Kalli Xronia!!! The Institute has re-opened on Monday for the New Year. Jonathan and I are in the process of finalizing the winter/spring lecture and Friends’ programs. These will be announced next Friday!

Marking 70 Years of Ellinokanadiki Philia
The Canadian Embassy in Athens, under the guidance of Ambassador Robert Peck, is celebrating the 70th anniversary of the commencement of direct diplomatic relations between the Hellenic Republic and the then Dominion of Canada. Since November there have been a number of cultural events to mark this historic development. The Ta Nea newspaper issued a special section in its Saturday/Sunday edition of November 17th/18th to survey the nature of the relations and the friendships between the two countries.

The section surveys Greek immigration to Canada and Canadian aid to Greece after WW II. The major Canadian business interests in Greece, Bombardier, McCain, Eldorado Gold, Air Transat, Tourgreece, IBI Group and Milos Restaurants were featured. The Institute and its work was also was covered although our relationship with Greece isn’t as long. Besides interviewing Jonathan, Gerry Schaus and me for the story the reporter, Nikola Zois, did a telephone interview with Jacques Perreault. A long and loyal supporter of CIG, Ian Vorres, had extensive coverage of his work and his museum in Paiania. We’re all doing our part to connect the two countries for the mutual benefit of both and their citizens.

Bert Hodge Hill and the Greek Refugees of 1918-1928
From 1906 to 1926 Bert Hodge Hill was the Director of the American School of Classical Studies at Athens. As a dedicated philhellene and long-time resident of Greece he was more than just a foreign excavator and foreign archaeological school administrator. He was deeply involved through various philanthropic organizations in the health and refugee relief problems that Greece suffered during and after WW I and then with the Asia Minor debacle and exchange of populations in 1922. My research into Hill’s work at the American School and contributions to Athens College during the same period revealed his deep commitment to Greece, its people and their needs.

On Wednesday, January 16th Dr. Eleftheria Daleziou (Carl W. Blegen Library Archives, American School of Classical Studies at Athens) will give a lecture in Greek on Hill’s and the American School’s extensive philanthropic activities between 1918 and 1928 based on her research in various archives. The Lecture is sponsored by the Syllogos Filon tou Istorikou Archaiou tis Archaiologikis Ipereseis. It will be held at the Historical Archive at Psaromylingou 22 on the border between Kerameikos and Psyrri. The Thisio railway station is the closest station.

It should be noted that this Lecture was originally scheduled for Monday, January 14th. In as much as the inaugural seminar of the new “Cycladic Seminar” was much later selected for the same date and time with Colin Renfrew as the presenter it was decided to change the date to the 16th.

Cordially,
David Rupp Director
Posted by CIG-ICG at 10:37 AM No comments: 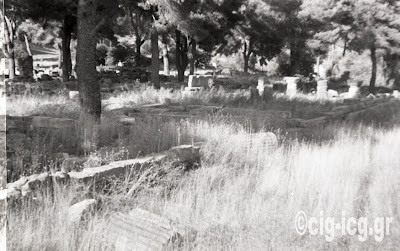 The past three months have been frighteningly quick. Only 5 more months left of my Fellowship. Okay, so what have I accomplished?

Most of the research that I’ve been doing for the Institute has centred around the digitization of the archives. I’ve been writing summary reports of the various archaeological projects of the CIG. I have so far worked on reports for Kastro Kallithea, Ancient Eleon, Stymphalos, Zaraka and Karpathos. It has been very interesting to read about such a wide variety of sites and time periods, from the Bronze Age to the Mediaeval Period, from fortified cities to a Cistercian abbey. It was enlightening to look at the different archaeological approaches taken by the different teams in their research. For this project, I have had to read through numerous reports and permit applications and I am becoming more familiar with the archaeological bureaucracy of Greece, which will most certainly be useful for future projects.

I am concurrently working on collecting data for what will probably be my doctoral dissertation, on the distribution and development of Thessalian sanctuaries. By some stroke of Zeus-ordained luck, the British School happened to be hosting a conference on Thessalian cults and sanctuaries earlier this month (of which I was ignorant prior to my arrival in Athens). I attended every lecture and learned so much new information on current work on Thessalian religion. I was also able to make very important contacts for my research. I will be taking a little trip to Thessaly this weekend to check out some of the new information that I learned from the conference. I am eager to present a preliminary report of my research during my lecture at the Canadian Institute next term.

I’ve been greatly enjoying my Fellowship in Athens so far. I did some day trips with our intern Rachel to Patras and Eleusis, and I also did a quick afternoon trip to Sounion. I was also fortunate enough to be able to join the group from the American School during a trip inside the Parthenon. It was an amazing experience to finally be on the other side of the rope around the temple. I’m also thoroughly enjoying how tight the archaeological community in Athens is. It’s been amazing getting to know everyone and I look forward to another 5 months of darts at the Red Lion pub on Tuesday nights.

Email ThisBlogThis!Share to TwitterShare to FacebookShare to Pinterest
Labels: Fellows 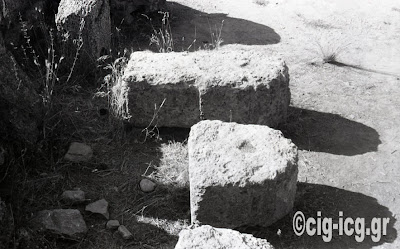