Easter Recess, Save the Dates and Climate Change and Monuments Conference 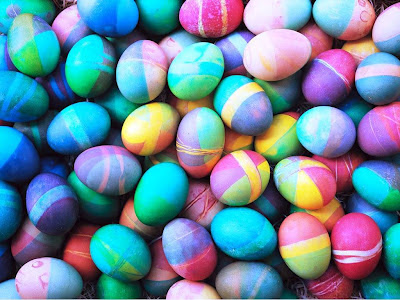 The Orthodox Easter recess has arrived! This afternoon we close for our annual two week recess. The Institute will reopen on Monday morning, April 23rd. While we are otherwise engaged there will be two guest bloggers to whet your insatiable appetite for CIGiana on Friday afternoons. Our Undergraduate Intern from the University of Waterloo, Kyle Campbell, will regale you with his impressions and experiences of three months in Athens. Then, Chris Stewart, our volunteer working on the Frederick E. Winter B/W Negative Archive will update you on his discoveries among the images.

Save the dates!
You are now officially forewarned to save the following dates for two upcoming major CIG events. First, our Annual Open Meeting will take place on Wednesday May 9th at 7:00 PM at the Danish Institute in Athens. Dr. Nigel Kennell will give the Invited Lecture. Second, on Friday, June 22nd and Saturday the 23rd we will hold a Colloquium on architectural studies in the Memory of Professor Frederick E. Winter. The Colloquium will be held at the Italian School.

A Conference on climate change and monuments with Canadian content!
On Monday I attended the first day of a four-day conference entitled, “Climate Change and Its Impact on Preservation Management of Archaeological Sites” organized by the Initiative for Heritage Conservancy in partnership with ICCROM, the University of Kent, UCL Qatar and the Canadian Conservation Institute (https://sites.google.com/site/climatechangeandmonumentsihc/). It was held at the New Acropolis Museum with the Stavros Niarchos Foundation as the Principal Benefactor. I sat with rapt attention for the seven papers. I have seldom heard so many stimulating, well-presented scholarly papers with such high quality, visually attractive powerpoints in one sitting. Thus, it was such a pity that the audience was so small when the organizers under the leadership of Prof. Evangelos Kyriakides (University of Kent) had sent out so many invitations. Truly this was an opportunity lost for those who could have been there.

The conference was designed (as seen from Monday’s papers) to integrate what we think we know about climate models and our ability to predict changes, the probability of the occurrence of catastrophic events that are caused or acerbated by climate change, how we can access the possible and probable risks from these changes on archaeological sites, the effects of the environment on heritage “assets” in the past, and what deterioration we can expect in the future on heritage assets. If climate change and what might be possible in the future was a confusing muddle to you up to now, the papers of Dr. Erasmos Buonomo (UK), Dr. Christos Zerefos (Greece) and Prof. Rohit Jigyasu (India/Japan) would have eliminated that problem.

The characterization of cultural monuments as “heritage assets” by many of the speakers indicates the extent of the commoditization of these monuments by heritage resource managers and specialists. It raises the fundamental questions of “Who really owns the cultural resources of a particular region?” and “For whom are we preserving them?”

There were three individuals from Canada on the program. Dr. Stefan Michalski (Canadian Conservation Institute) in a creative but convincing fashion crafted a model of the totality of archaeological and cultural heritage in the world with estimates of how much each category was at risk from the direct and indirect effects of climate change driven events. The purpose of this heuristic model is to provide heritage managers with a guide to the probability of 20 possible risks on their heritage/cultural assets. The synergy of multiple risks would amplify the effect. He stretched the concept of risk to include what the consequences might be if some portion of a particular category was lost. Another factor he introduced into the mix was “sensitivity analysis” where value judgments concerning the importance of individual categories were adjusted from the present “norm”. Local assessments of risk have greater clarity accuracy of prediction than global ones. His observations would allow a heritage manager to determine, given the resources available, the most cost-effective options to reduce the most probable risks.

On the program as well was Dr. David J. Orrell, a Canadian mathematician from Edmonton who now lives in Oxford. If his books (Apollo’s Arrow: The Science of Prediction and The Future of Everything [2007] and Economyths: The Ten Ways Economics Gets It Wrong [2010]) are as well-written as his talk and as cleverly illustrated as his powerpoint then you should go out and read them immediately! Orrell emphasized the point that while they are related, modeling and prediction is not the same thing. Even though scientists can model almost everything they can only predict or forecast what will happen in a very small part of the model, or “pockets of predictability.” Further, some things are “too slippery” to predict. For decision making about climate change and its effects he argues that one create a series of scenarios about future possibilities based on simple models.

Another Canadian, Tom Andrews, an archaeologist at the Prince of Wales Northern Heritage Centre in Yellowknife, NT presented his findings on Tuesday on “ice patch archaeology” high up in the Mackenzie Mountains (http://www.eurekalert.org/pub_releases/2010-04/aion-aar042610.php). Here due to warming conditions over the past decade or so patches of ice that had been frozen for thousands of years have melted revealing artifacts where they had been used and/or lost.

What is the “take away” here from these interrelated papers on climate change for Greece with its myriad of archaeological sites, thousands of designated buildings, tens of museums and millions of artifacts? As Greece will become hotter, sunnier, drier, and windier in the context of localized coastal submergence within the slow process of climate change there will be important ramifications for both for its people and their cultural heritage. There will be a greater frequency and the scale of extreme weather events such as prolonged heat waves, sudden and heavy rainfall with extensive flooding, erosion and landslides, violent wind storms, extended droughts which will heighten the risk of brush and forest fires and increased coastal erosion. These phenomena will also affect the materials and the interiors of buildings. In other words, “perfect storms” of one type or another, often in “suites”, will be a recurring feature of everyday life in the not too distant future. That means the responsible authorities for the cultural heritage of Greece, primarily the Ministry of Culture and Tourism but also the foreign archaeological schools and institutes for their sites, must begin now to create a strategic plan for disaster risk management and reduction in the context of ongoing site and museum management plans. The disaster risk estimation for a given heritage asset is the product of the type of the hazard, the level of exposure and the nature of the vulnerability. In light of the importance of cultural heritage in the marketing of tourism for Greece and, thus, for its economic viability, to resist dealing directly with these threats is short-sighted and irresponsible. It was disappointing that so few senior administrators from the Ministry of Culture and Tourism and no other the director of the foreign archaeological schools and institutes attended to see what the future has in store for Greek cultural heritage. Orrell’s use of Wayne Gretzky’s famous aphorism is indeed applicable here. “A good hockey player plays where the puck is. A great player plays where the puck is going to be.” Greek cultural heritage managers and specialists must manage where the climate is going to be.