Late Hellenistic Corinth as Seen from the Panayia Field 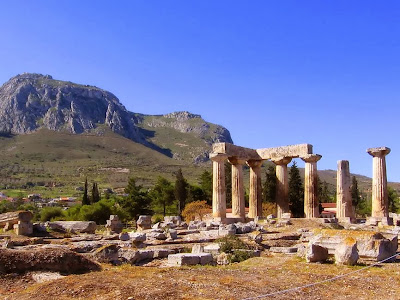 The American School of Classical Studies at Athens’ excavations at ancient Corinth over the past century have revealed many features of the public areas of this important city. In the last decade a new area to the southeast of the Forum, the Panayia Field, has opened up a window on a residential district with a broad road running through it that was here from 1st century BCE though the 12th century CE. This coming Wednesday, the 27th, at 7:30 pm in the Institute’s Library Professor Sarah James (University of Colorado at Boulder) will give a lecture entitled “Late Hellenistic Corinth: New Finds from the Panayia Field”. This is based on her recent doctoral dissertation for the University of Texas at Austin. 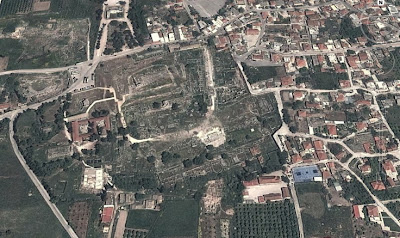 Excavations in the Panayia Field revealed a complex of Hellenistic structures with a mix of domestic and industrial activities that were in use from the 4th to 1st century BCE. One of the most spectacular finds was a floor deposit dated to ca. 125-75 BCE, which enabled the ever-growing picture of life in the city after 146 BCE to be further filled out. New and restudied evidence attests to the presence of an informal but permanent community of agriculturalists and craftsmen living in the heart of the city, who were responsible for small building projects, engaged in commercial activities, and had contact with imported products from the eastern and central Mediterranean. The neighboring city of Sikyon was well-positioned to profit from the political collapse of Corinth. Finds from the two cities indicate very close ties between them in this period. The results of this research are the re-discovery of Late Hellenistic Corinth and the creation of a vital link between the Greek and Roman phases of the city.

Sarah has her Honours BA in Anthropology and her MA in the History of Art (Ancient Studies Program) from the University of Toronto. She has dug at Stymphalos with Hector Williams’ University of British Columbia excavations there under the aegis of CIG.

Come join us and learn more about ancient Corinth.

Cordially,
David Rupp
Director
Posted by CIG-ICG at 10:05 AM