The Portal to the Past is Live! And a Canadian Film Night

On Wednesday evening at the Italian Archaeological School’s auditorium the CIG Portal to the Past was unveiled to the public. After over a year’s efforts by a diligent and enthusiastic team, the dream of the Canadian Ambassador Robert Peck for a “virtual photograph exhibition” and my goal of creating a digital archive for the Institute came forth as the Portal. It is now open to the public at: www.portal.cig-icg.gr . In the medium term it will become trilingual, with the French and the Greek versions comparable to the present English one. The Portal will be a living entity in that it will be added to on a regular basis, with additional materials from older projects, more imagery from the Frederick Winter B/W Negative Collection, the latest material from each year’s fieldwork and the work of new projects. Other collections of images relating to Greek archaeology are contemplated as well.

The program included welcoming remarks from Ambassador Peck and from Mr. Eduardo Moura, the Vice-President and General Manager (Greece) of the Eldorado Gold Corporation from Vancouver. The Eldorado Gold Corporation provided the financial support for the undertaking. I then presented the Portal, first putting it into the context of the mission of the Institute and our long standing desire to share the wealth of archaeological information from our 18 fieldwork projects over the past 33 years with a wide audience both in Canada and in Greece. Next I showed off the content of the Portal as well as the many user-friendly features included in the platform. Dr. Agiatis Benardou, Research Associate in the Digital Curation Unit of the Athena Research Center here in Athens, gave a nuanced appraisal of the Portal’s objectives, their manner of delivery and how it compares to other cultural heritage portals. She has agreed to share her remarks shortly in a guest blog!

Although the event was not live streamed it was videoed by Chris Stewart. This will be posted on our YouTube channel by the end of the month. At the reception afterwards at the Swedish Institute our guests were able to test the Portal and to discuss the whole issue of sharing archaeological data online.

So now is the time to go to www.portal.cig-icg.gr to give the Portal a complete test drive! Afterwards you should set up links to the Portal on your favorite websites so that the world can find it when they are searching for archaeological information from Greece. 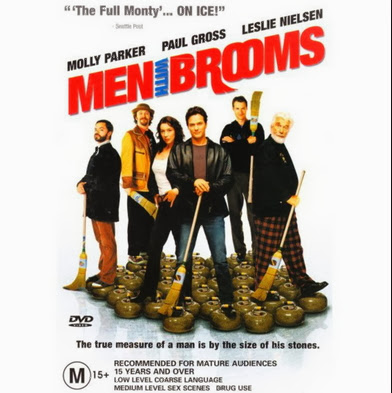 Canadian film night is back!
Our first event of the fall for our Athens Association of Friends of CIG is on the coming Wednesday, November 6th at 7:30 pm at the Institute’s Library. We are featuring the 2002 Canadian film “Men with Brooms”. This offbeat comedy, centered on curling, tells the story of a reunited team from a small Ontario town, north of Toronto, which longs for the glory of the big win at the “Golden Broom” that they sought ten years earlier but various personal issues had intervened on. It was directed (and performed in) by Paul Gross, with Molly Parker, Leslie Nielsen, Conner Price, plus others. While south of the border this gentle comedy received mixed reviews, in the True North it was appreciated for its wry take on Canadian sensibilities, the “sport” of curling and its sound track that includes songs from The Tragically Hip, Kathleen Edwards, The New Pornographers and Our Lady Peace, among others. 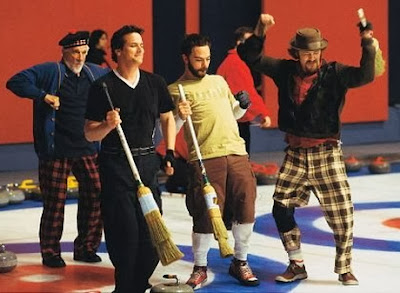 So come with your popcorn and jellybeans to share this fun evening of Canadian Content with us!

Cordially,
David Rupp
Director
Posted by CIG-ICG at 11:43 AM