Lecture and Recital by Krista Martynes


On Wednesday December 4th at 7:30 pm in the Institute’s Library Krista Martynes will give a lecture and recital entitled, “The Integration of Traditional Music in European and Canadian Composition”. 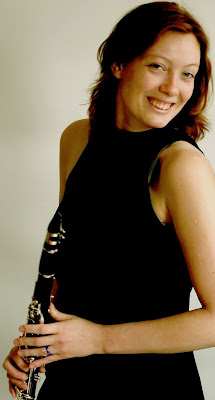 An accomplished classical and contemporary clarinetist as well as composer, Krista Martynes (www.kristamartynes.com) has performed with Orchestre des Régions Européennes, and at the 19th International Sacred Music Festival at the Abbaye de Sylvanes she was a featured composer as well as performing the works of such composers as Georges Aperghis, Pascal Dusapin, Gerard Pesson, Wolfgang Rhim, and Jorg Widmann. Krista has premiered major works at the Maison de la Musique in Nanterre and at the Theatre de Nantes, in France. She has also performed at the Musikprotokoll and Transart Festival in Italy, and the Klangspuren Festival in Austria. Her video commission from New Adventures in Sound Art (NAISA), was featured in the Sound Play Festival in Toronto. The works of the Greek avant-garde composer Iannis Xenakis are part of her repertoire.

Krista will discuss the integration of traditional music in European and Canadian composition. To illustrate her points she will play selections from and pieces by the eccentric and avant-garde composer Count Giacinto Scelsi D’Ayala Valva, the non-conformist underground Russian composer Edison Denisov, the Pultzier Prize winning American composer Lang, and the Serbian composer, now living in Montreal, Ana Sokolovic. Canada, as a nation, has many different forms of "traditional" music based on the large immigrant community varying throughout the formation of the nation. Being a young nation, the standpoint of Canadian composition today includes a non-formalized relation back to Canadian roots, unlike those of different European countries. During this lecture, Krista will discuss the vast origins of the varied influence on oppositions in Canada and Europe.

So come and join us for this different kind of event and help us salute the upcoming holiday season.